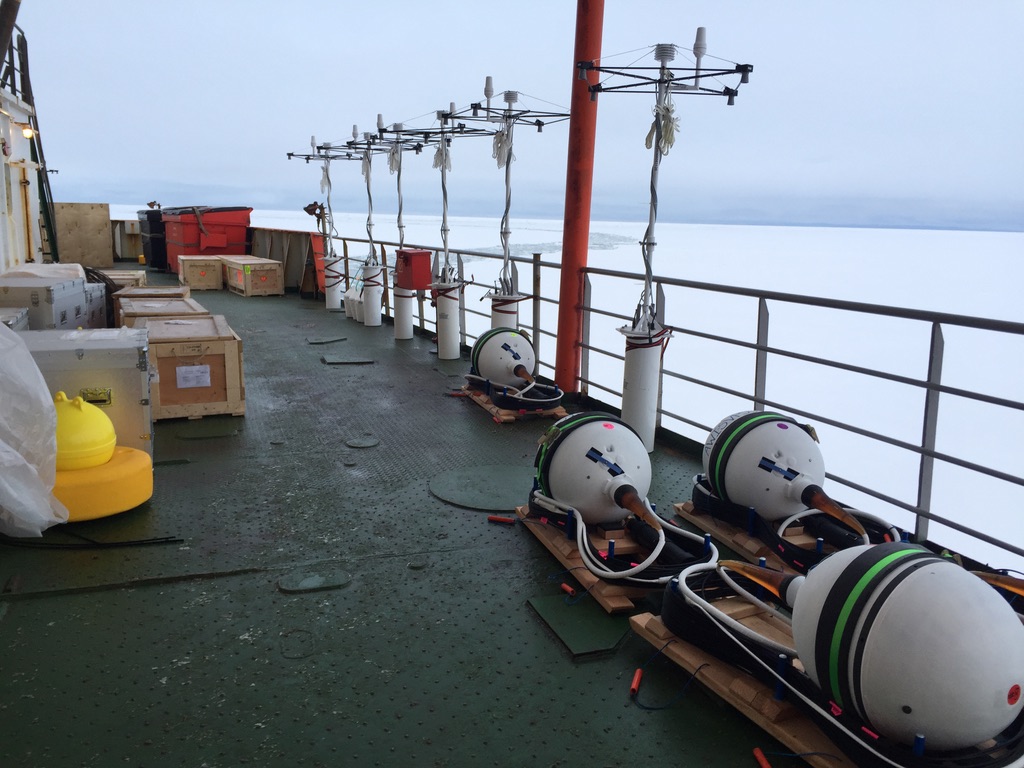 The first priority was to identify a suitable ice floe to moor the Polarstern to. The ice needed to be large enough to support many different sites, thick enough to support heavy equipment and be stable enough for the safety of people on the ice. The ice experts from AARI used satellite data to pinpoint possible floes, then the ships traveled to these floes to assess them. In order to check the thickness of one of these potential floes, Akademik Fedorov broke through the corner. The ice was disappointingly thin and rotten, and it was decided to move on and look at some other o

ptions. This was a frustrating and stressful time for everyone as the condition of the sea ice was worse than anticipated. Moral was low as finding good ice seemed more and more unlikely as the days went on. Happily, though, a few days later a much thicker floe was found.

Buoys prepped and secured, ready for deployment as soon as a central ice floe was found (© Rosalie McKay).