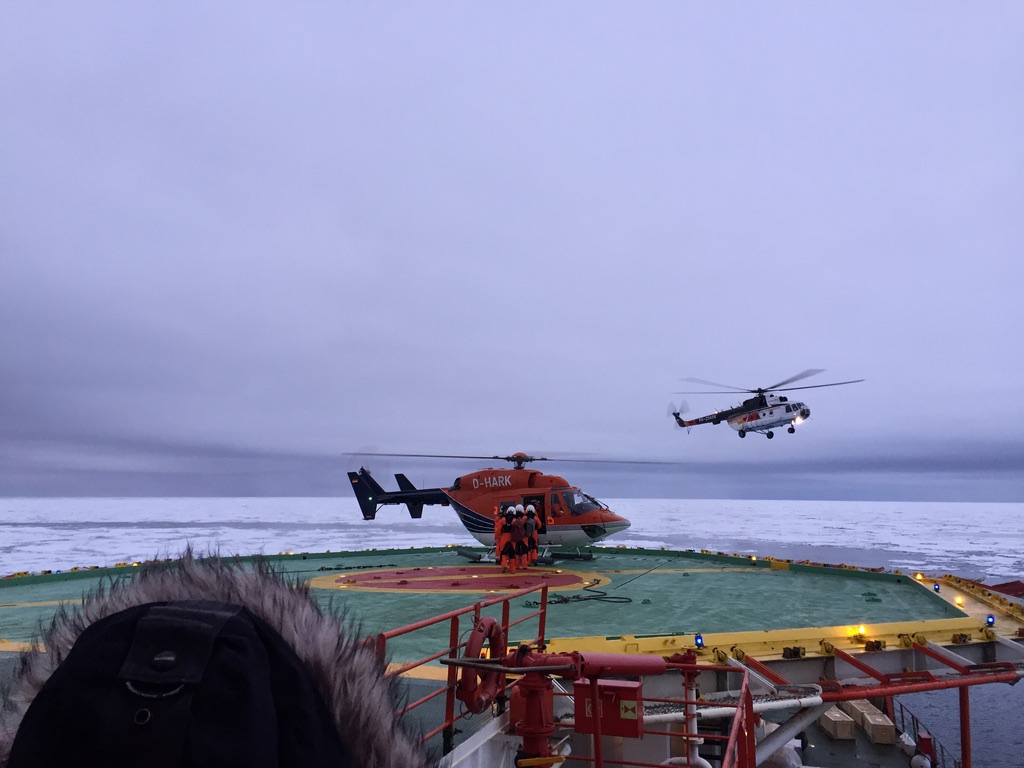 For most of this leg of the expedition, there was a large distance between Polarstern and Akademik Fedorov. This meant that daily updates between the two ships occurred by radio, and any transport of people usually occurred via helicopter. Behind the scenes, the expedition leaders were deliberating heavily on decisions that would impact the entire expedition over the coming year. Any scientists, staff and students not involved directly with decision making were updated on proceedings at our daily general meetings or over the intercom for pressing matters. This day, Markus Rex arrived to have meetings with the leaders aboard Akademik Fedorov.

This helicopter trip meant that Matt Shupe and Allison Fong could come over from Polarstern to give lectures for the MOSAiC School. How often does a teacher have to rush out of the end of their lecture to catch their helicopter?

Markus Rex, Matt Shupe and Allison Fong board the German helicopter to return to Polarstern. The larger Russian helicopter is seen in the distance. The Russian aircraft was usually anchored to the heli deck when not in use, pilots had to move the helicopter so that the Polarstern crew could land on the deck (© Rosalie McKay).