Media outreach and talks to a public audience 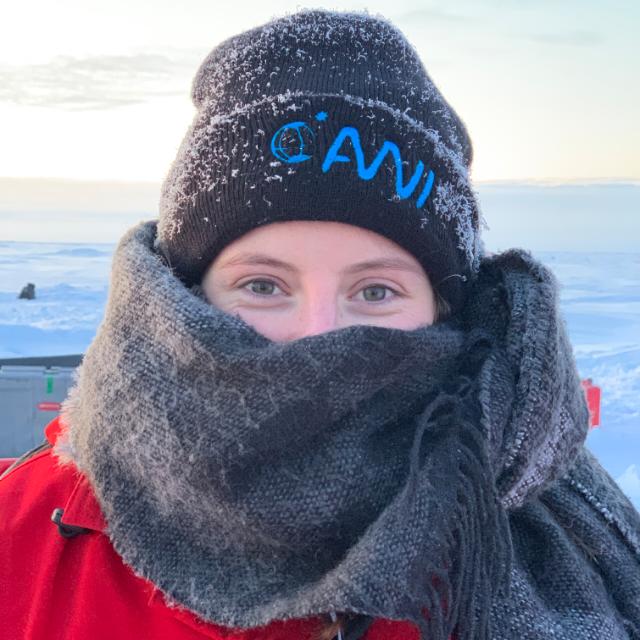 Julika Zinke has given talks to a broad public audience to report about MOSAiC and has further reached German TV, a local radio station and a local newspaper. She has also featured Stockholm University's Instagram account and the university's newsletter.

Julika's participation in MOSAiC raised some interest in the local media. The 'Märkische Oderzeitung' published several articles before and after the expedition upon which Julika have been interviewed by a local radio (Antenne Brandenburg) and a TV station (RBB). 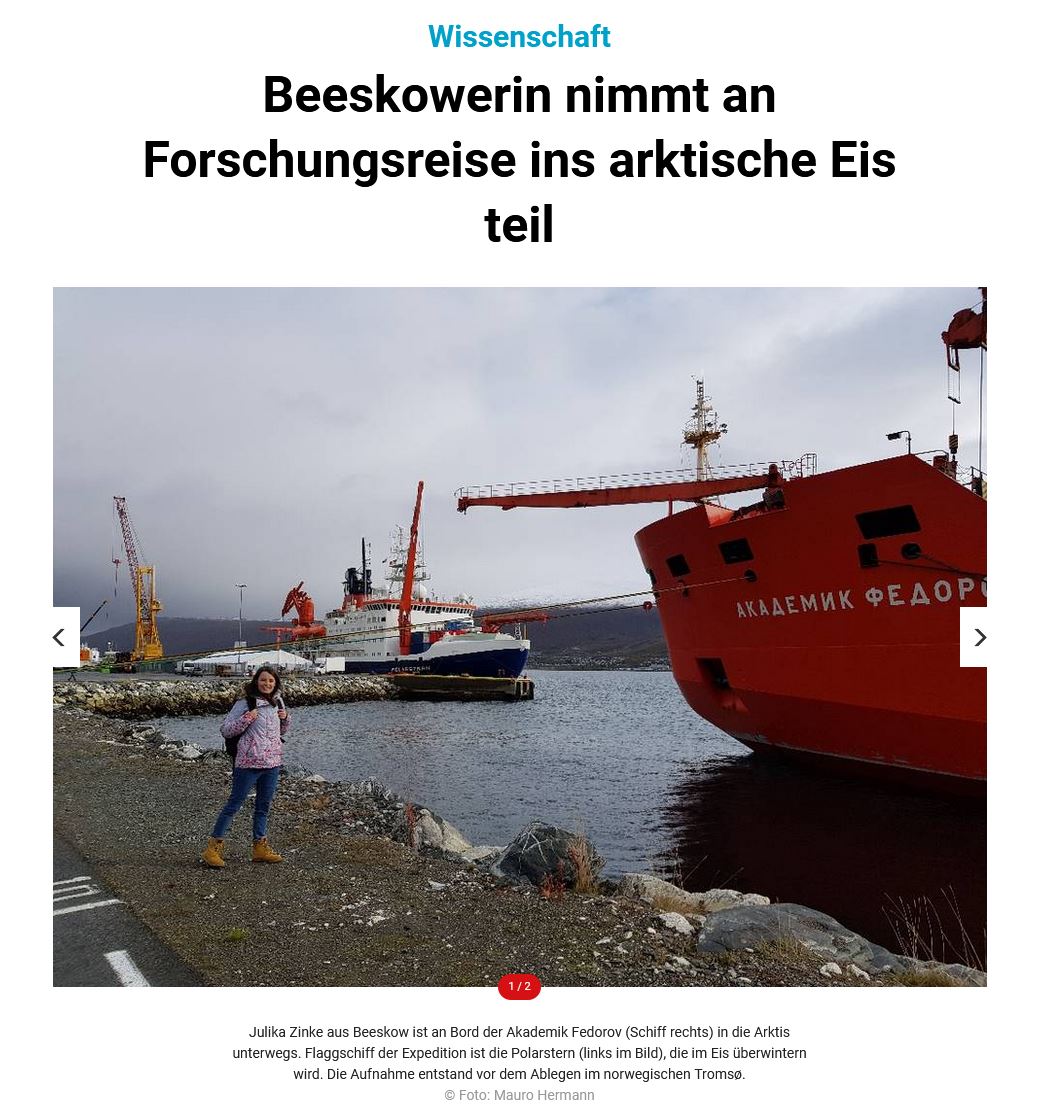 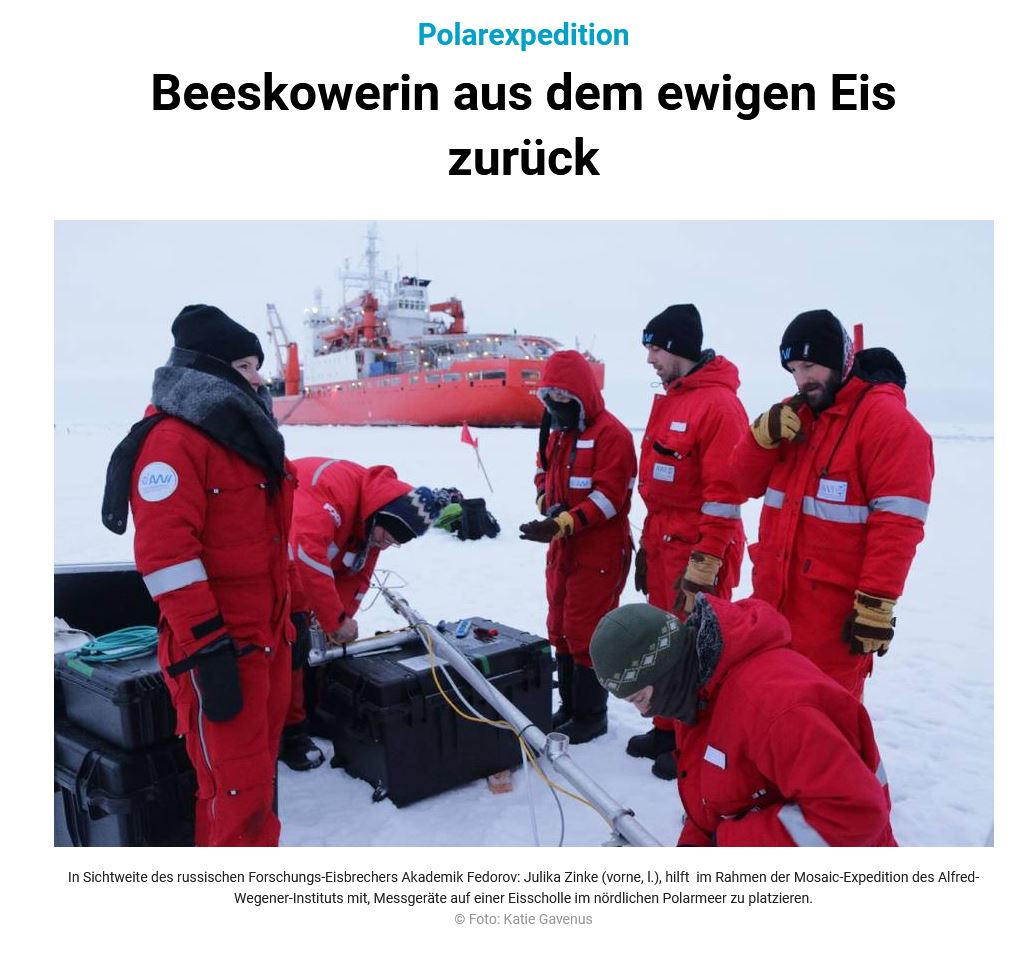 Articles in the local newspaper featured Julika's participation in the MOSAiC School (Screenshot from MOZ.de). Click on the pictures to read the article. 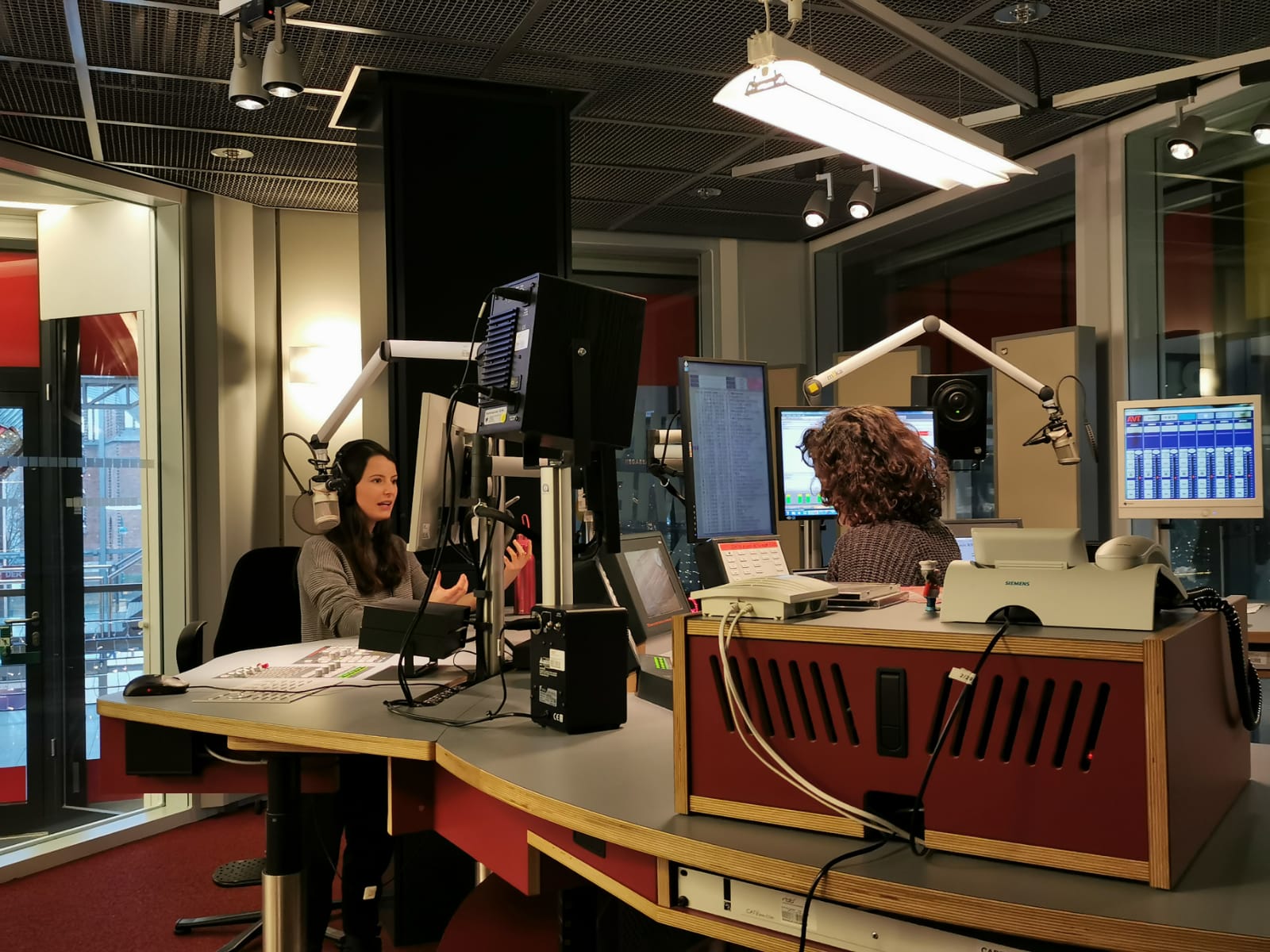 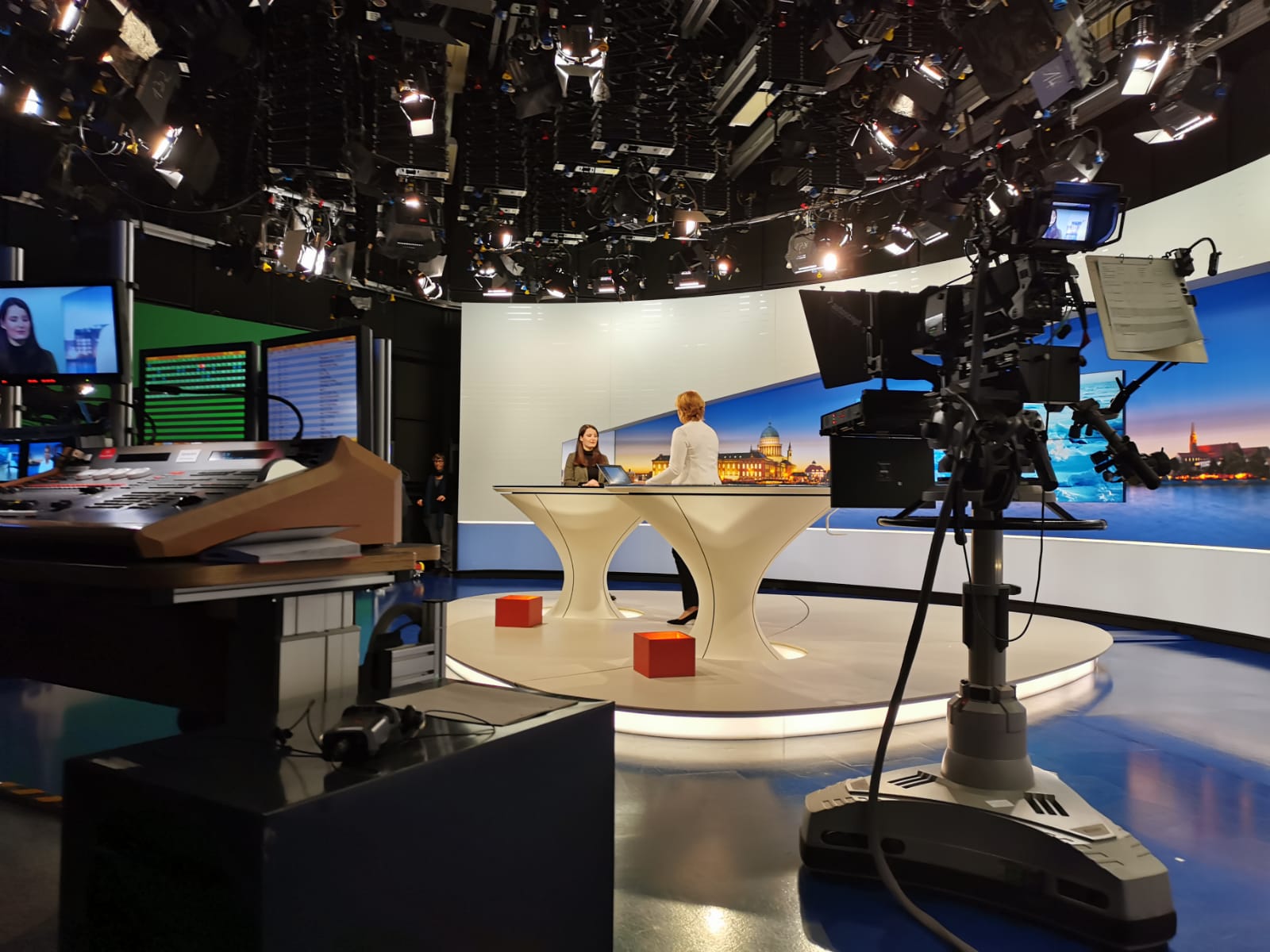 Julika in her TV interview with rbb (Photo by Kathleen Zinke).

Julika has managed the Stockholm University's Instagram account for one week in November 2019 and featured the MOSAiC School and expedition accordingly. Her posts received about 400 to 700 likes each.

Further, Julika has given an 1-hour long talk just before Christmas to a broad public audience, where she showed pictures and talked about her experiences during MOSAiC. About 90 people from a wide age range attended her presentation.

Julika presenting her Arctic experience on 27 Dec 2019 to the public audience (Photo by Kathleen Zinke).