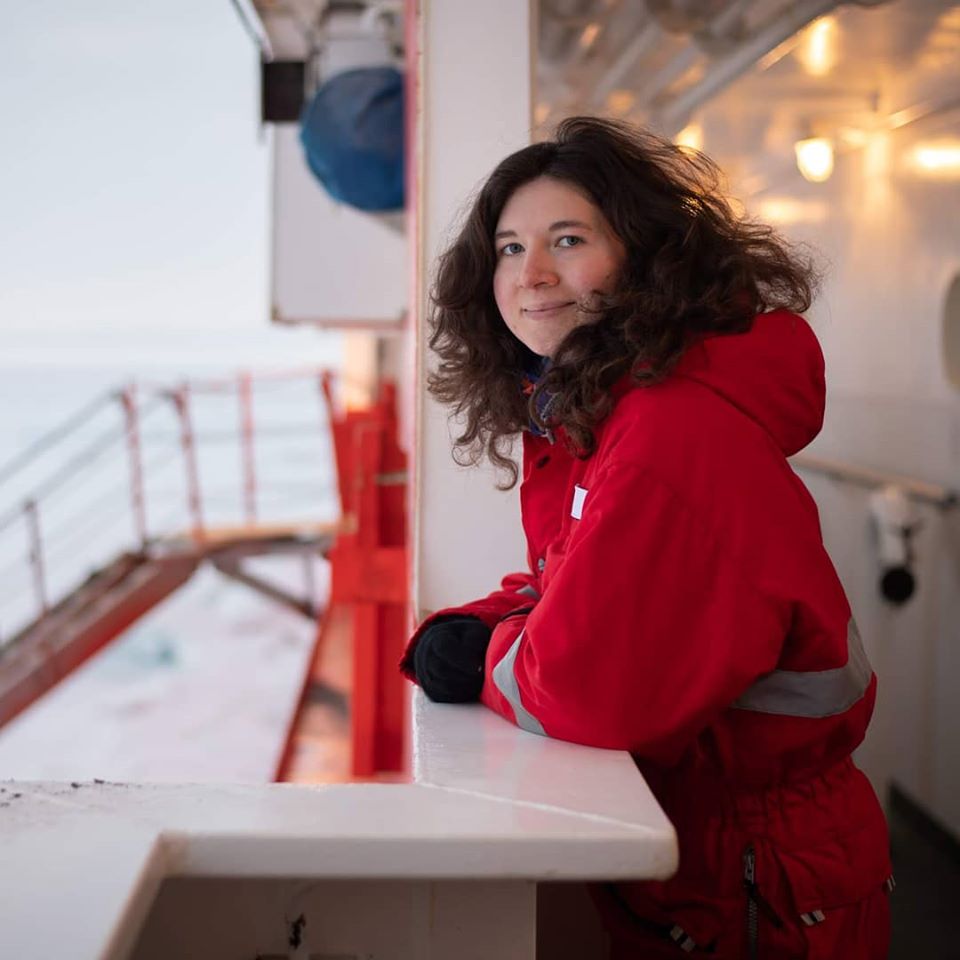 Polar exploration has historically been filled with stern bearded men, but it doesn’t have to be that way! Lisa has travelled to high schools throughout Sydney to tell young women about her experiences in polar science, and encourage them to follow their science dreams too.

So many young children are fascinated by Antarctica and the Arctic, yet polar fieldwork is dominated by men. On the Akademik Fedorov this difference was huge, with only two female principle scientific investigators onboard at any time, and neither for the entire voyage. At some point between childhood and adulthood, women are giving up on their polar dreams. Lisa is targeting young women aged 14-17, travelling to high schools around Sydney to speak about her experiences in the field, how she became a polar scientist, the challenges she has faced and how she has overcome them. Her sessions are interactive, with much of the time spent answering questions from the students and doing activities using virtual reality headsets 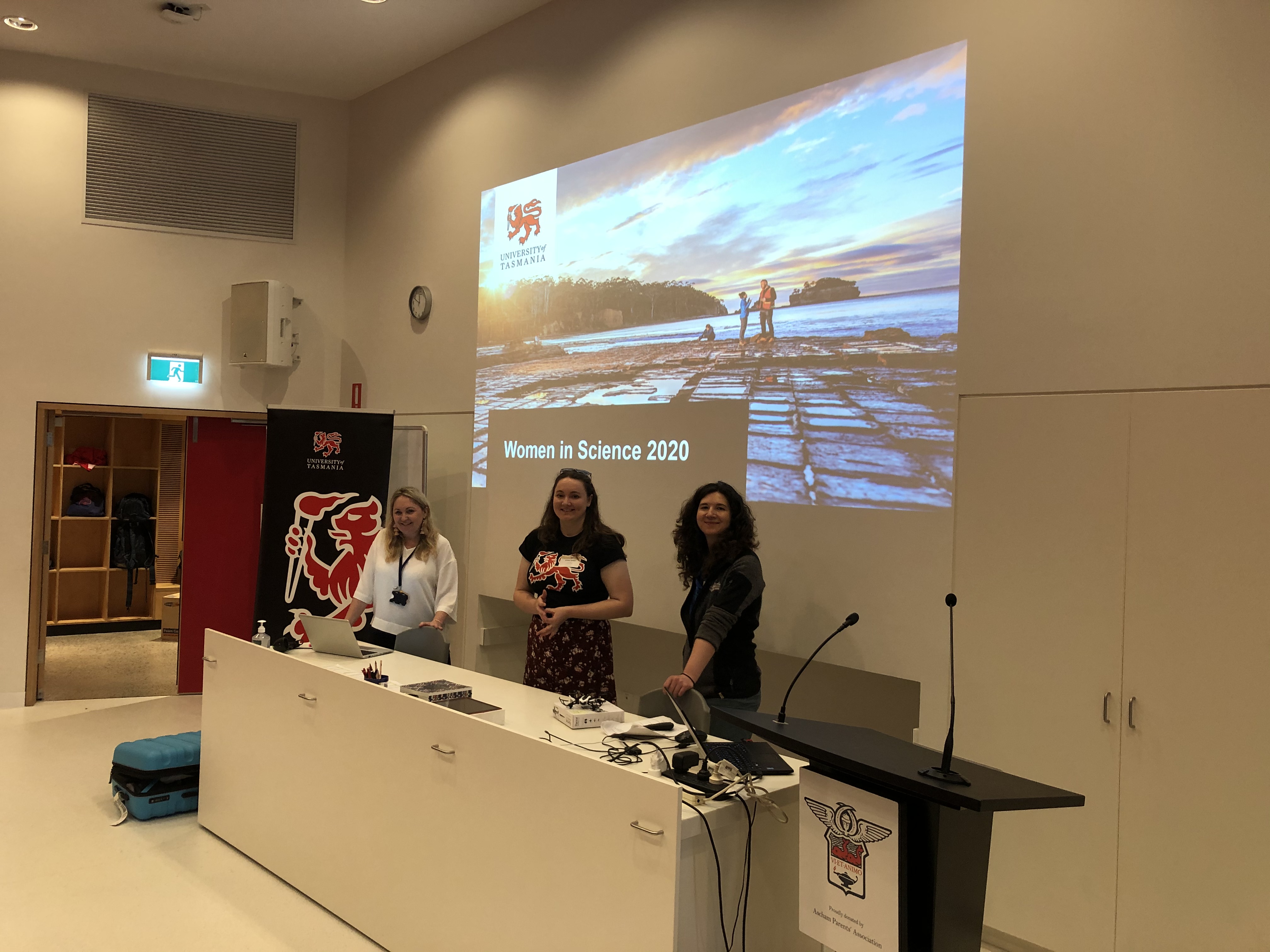 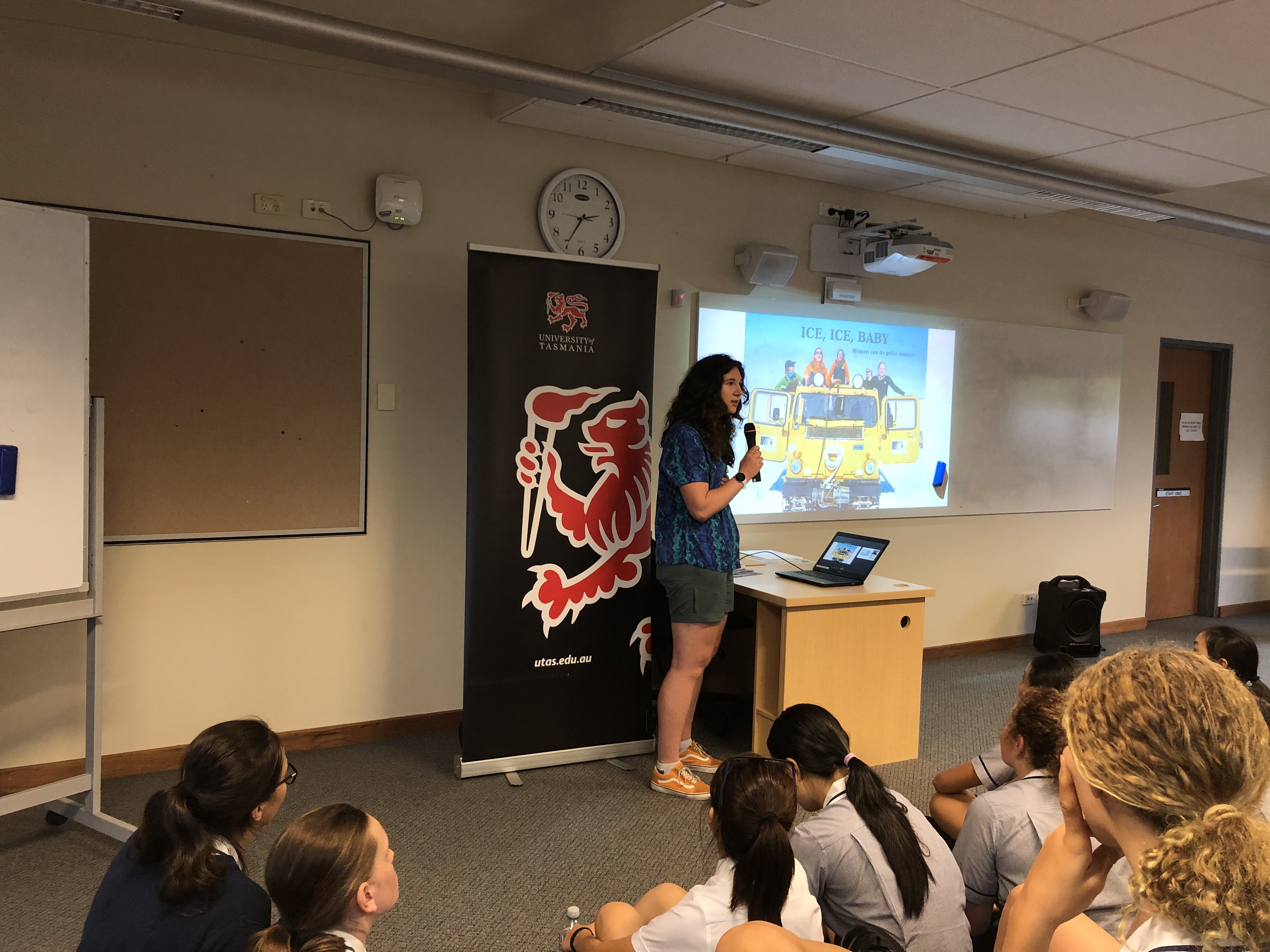 Lisa presenting Women in Science at the University of Tasmania (Photos by Liliana Arango Giraldo).

In addition, she has been a guest on ABC radio in Hobart along with fellow MOSAiC Ambassador Natalia Ribeiro, (interview starts at 2:10:20) and has been working on a series of cartoons explaining Arctic climate processes in an accessible way.

Here is an example illustrating the feature of snow forming ice (credit to Lisa Craw). 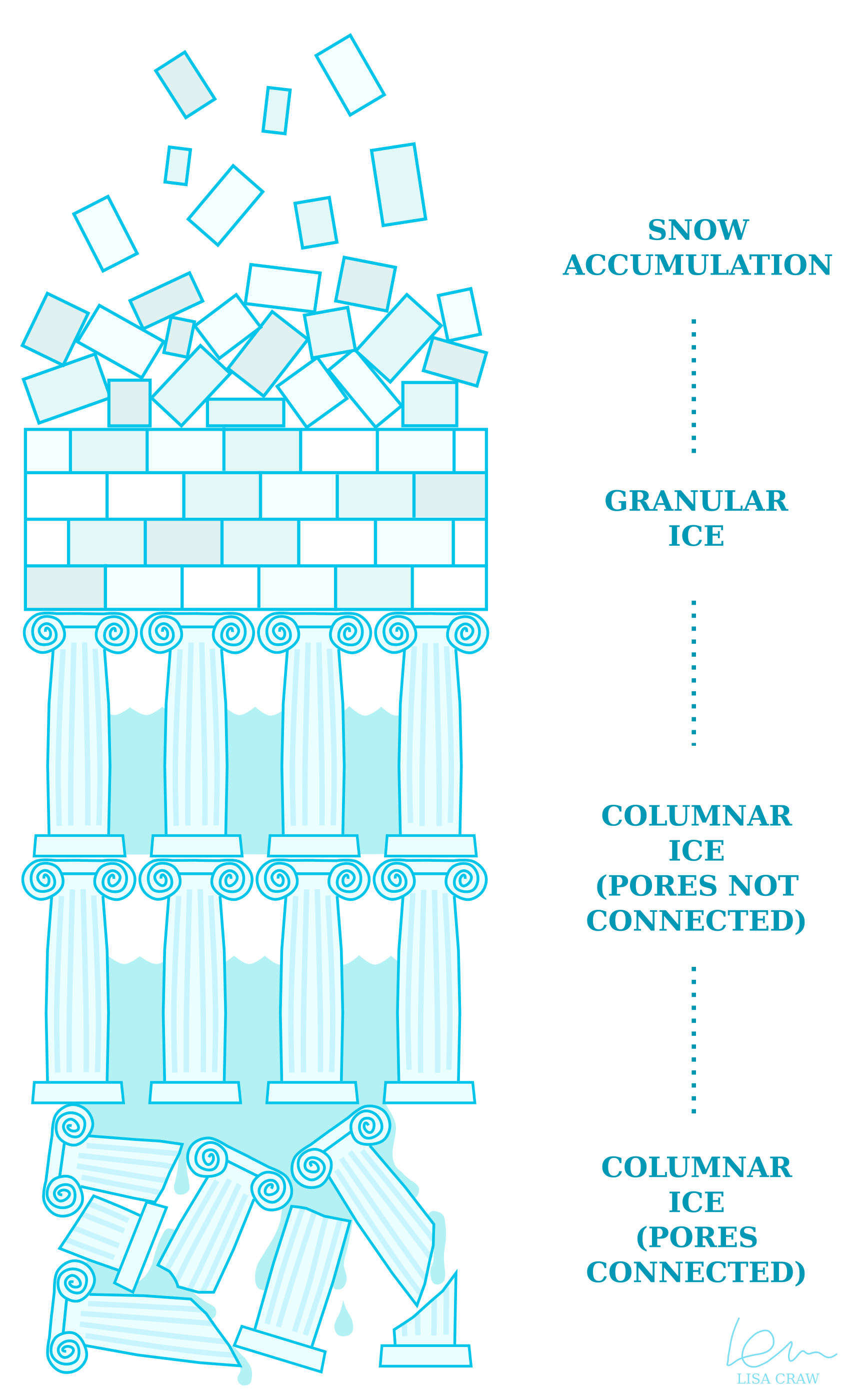 And another example to illustrate the deployment of the microcat instrument (credit to Lisa Craw). 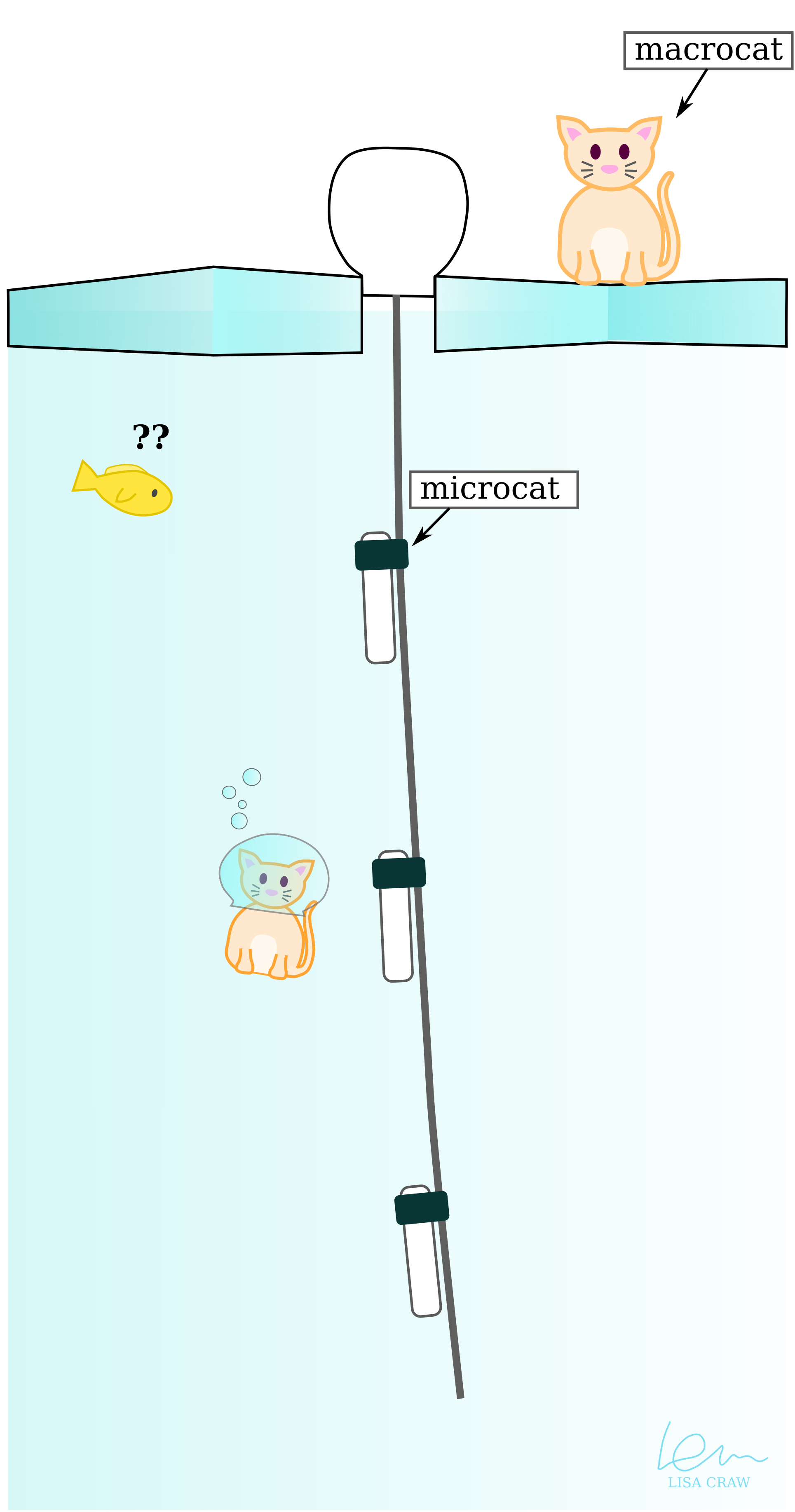