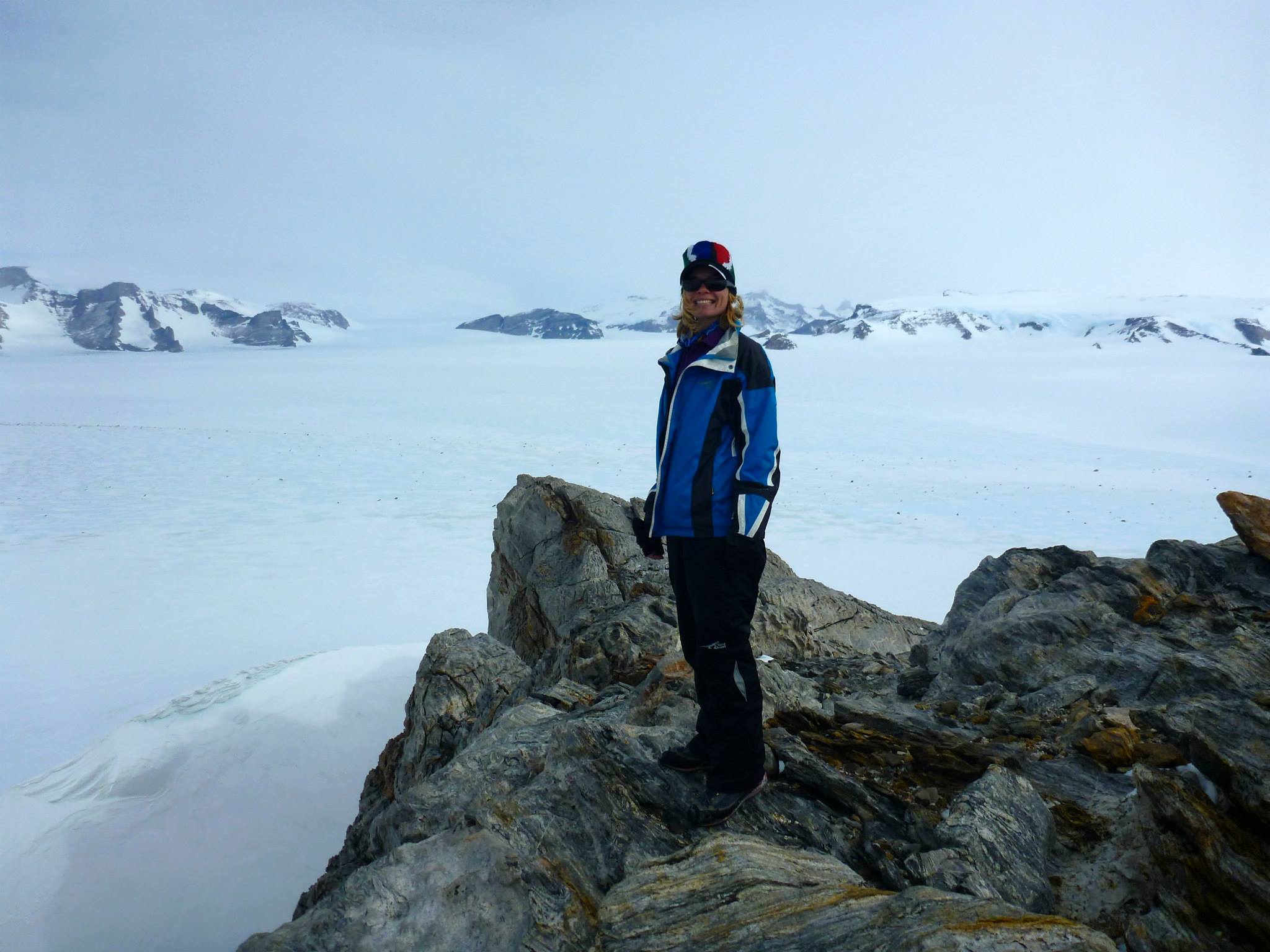 Looking out at the Naukluft Mountains of her home in Namibia, Christel Hansen’s curiosity about the colors and shapes of the rock formations grew. This led her to begin in pursuit of the study of geomorphology. Having received her Bachelor of Science degree in Geoinformatics from the University of Pretoria in 2009, she further pursued a BS (Hons) in Environmental Analysis and Management from the University of Pretoria in 2010. Following her extended undergraduate studies, she went on to Rhodes University where she received her Master’s in periglacial studies and her PhD on periglacial processes and landforms, active layer and permafrost dynamics, thermal-moisture dynamics of seasonally frozen ground, using remote sensing and GIS in cold climates, as well as arid climate studies (both hot and cold deserts). Having completed her graduate work, she has returned as an instructor at the University of Pretoria.

At the 2016 Scientific Committee on Antarctic Research conference in Kuala Lumpur, Malaysia she learned about and joined APECS. Since joining as a general member, she has taken the initiative, along with colleagues, to form the first South African National Committee of APECS (https://apecssa.wordpress.com/). After helping to found APECS South Africa she has held the position of National Committee Chair and served on the APECS council. On the APECS council, she is the coordinator and organizer of the Webinar Project group.

When asked about her favorite role in APECS so far she said,

“It's great fun to meet other young researchers that are involved in Antarctic research from all over the world. It's amazing what people do, where they come from and what they are currently involved with. I have also made some good friends through APECS. Another thing that has been lots of fun is the annual APECS Online Conference. The first time I took part in this I didn't actually know that a conference could be held online. It was a great way of attending and presenting at a conference (without the usual cost implications and logistical nightmare it can be) and there are always so many interesting presentations to see!”

As APECS is a great networking organization, it is easy to make friends around the world. Christel also finds it useful that APECS keeps its membership abreast of conference and workshop information, as well as bridging connections between early career researchers and more senior organizations like SCAR and IASC.