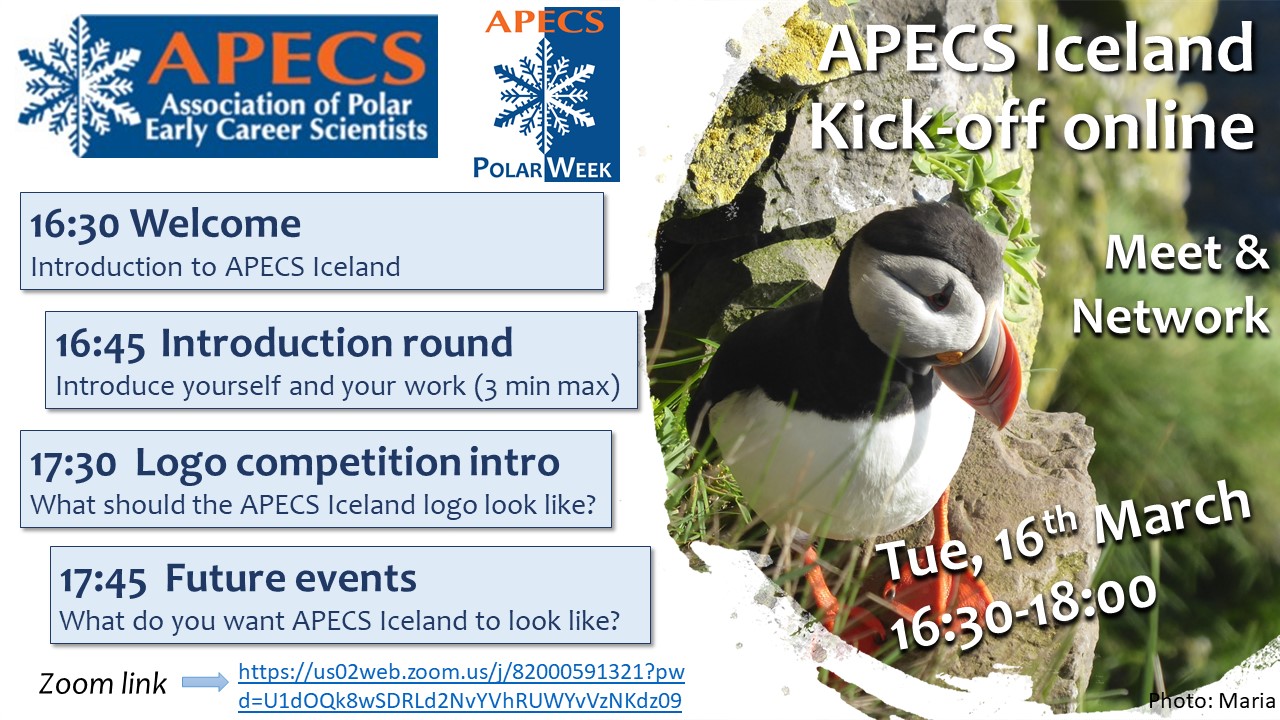 International Polar Week was the perfect timing for the APECS Iceland kick-off meeting and networking event. We had a meeting for members and everyone interested to join APECS Iceland on Tuesday, 16 March.


We started with a short introduction of APECS Iceland, followed by an introduction round so that we can get to know each other. We will announce the logo competition and discuss what we want APECS Iceland to look like in terms of future events. We were looking forward to meet more polar early career scientists in Iceland. You can also check out our Facebook (https://www.facebook.com/apecs.iceland) and Twitter (https://twitter.com/ApecsIceland) pages.