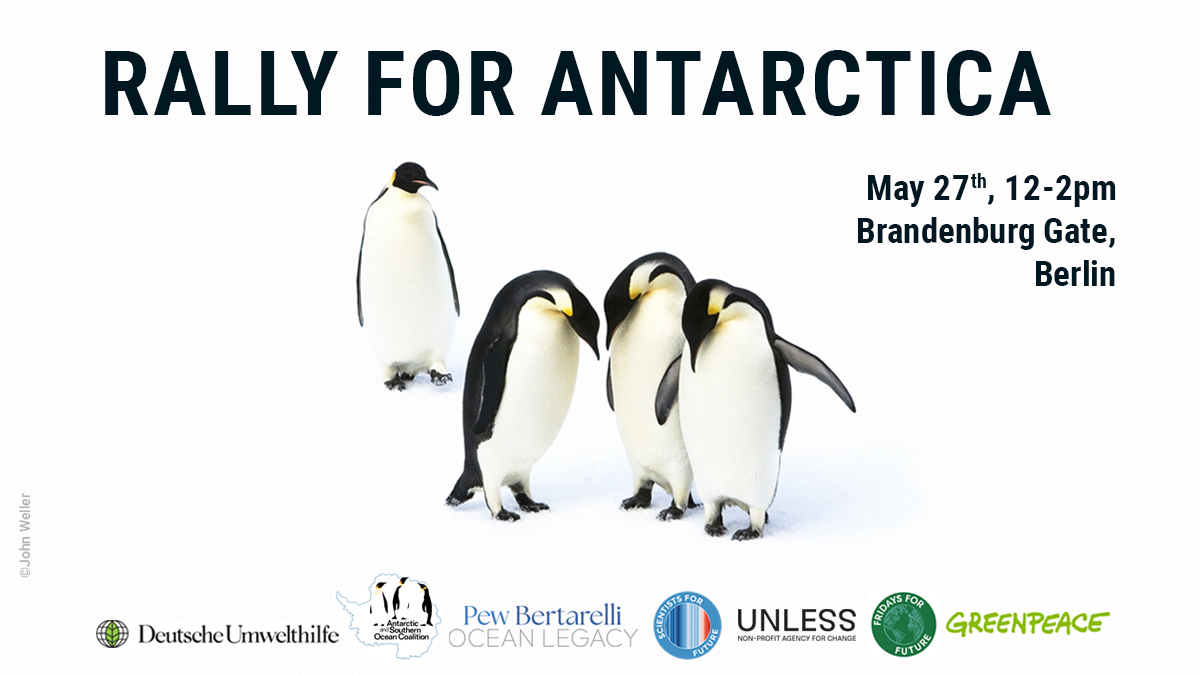 On May 27 from 12:00-14:00, the Antarctic and Southern Ocean Coalition (ASOC), Greenpeace Germany, UNLESS, Deutsche Umwelthilfe, Pew Bertarelli Ocean Legacy, Fridays for Future Deutschland, Scientists For Future, and AWI's for Future - will come together at the Brandenburg Gate in Berlin to stand up for Antarctic conservation while country delegates gather for the Antarctic Treaty Consultative Meeting (23 May - 2 June).

The program includes adventurers, scientists, and activists speaking about their expeditions to Antarctica, biodiversity, the emperor penguin, marine protected areas and more! We’ll have an outdoor gallery with beautiful images of Antarctica captured by our very own John Weller and we will also be showing a few short films on a LED screen. There will be music, poetry, and even a Penguin ice sculpture! How cool is that? The event will be in English and German.

Details on the speakers and artists can be found below with more details via the Antarctic and Southern Ocean Coalition Facebook event page.

We are looking forward to seeing you! Bring your friends and family too if you're in Berlin!