Every year on 1 December, the polar community celebrates the day when the Antarctic Treaty was signed in 1959. This treaty designates Antarctica as a space reserved for scientific and peaceful purposes only and creates a space of cooperation between the signatories to the treaty. 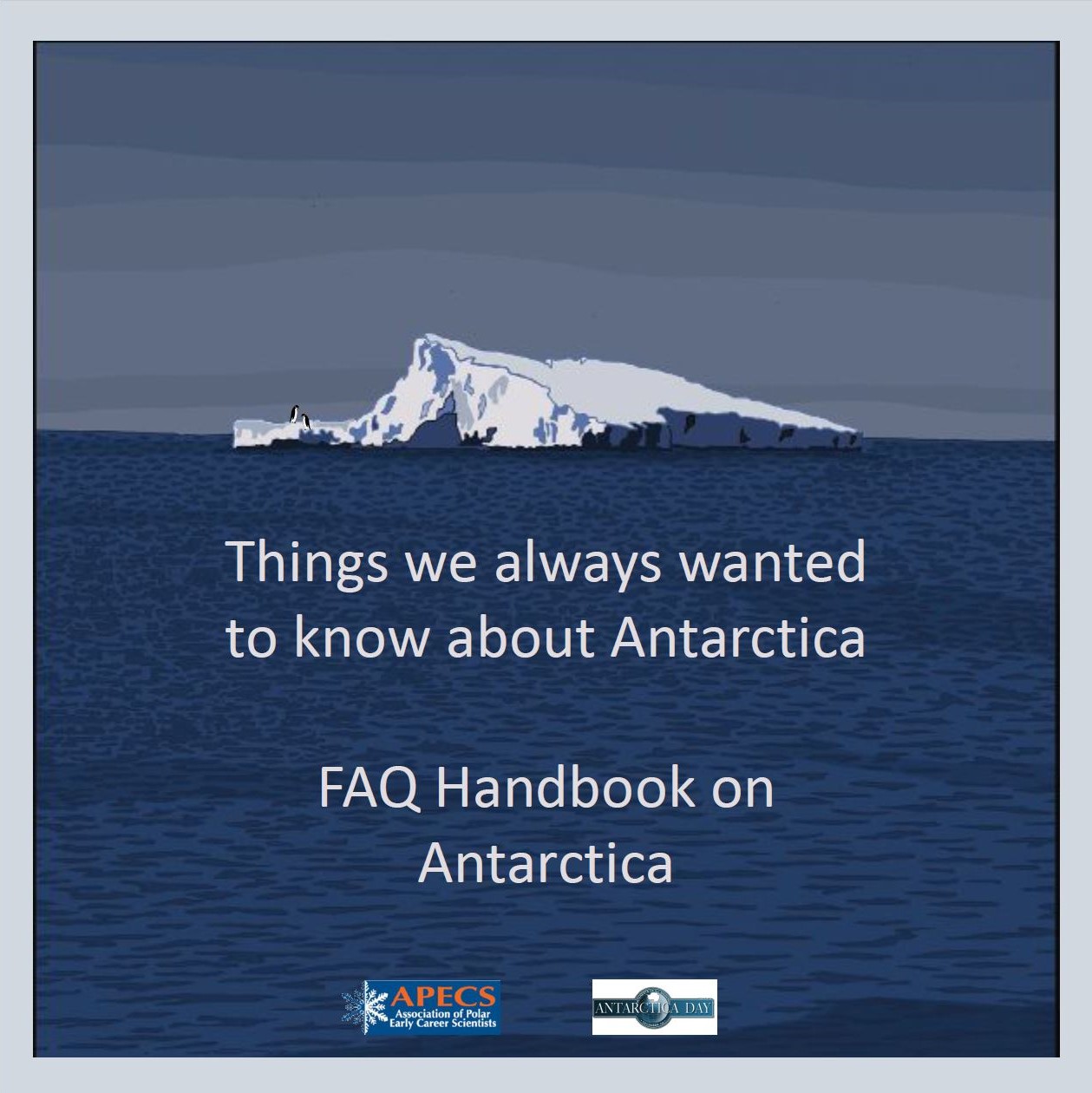 However, this fact and many other things about the Antarctic region are often unknown by people who are not connected to the polar regions through their profession, education, or interest. To increase awareness about Antarctica is one of the main goals of Antarctica Day. The Association of Polar Early Career Scientists (APECS) contributes every year to these celebrations by planning activities and events that support this aim.

The Antarctica Day Project Group of 2021 developed the idea to actively include students and their interest in the Antarctic region and establish an educational resource that could support classes covering the polar regions. As such, the project group was interested about what young students always wanted to know about Antarctica. The answers to some of the questions were then recorded in a special podcast episode in collaboration with the APECS Podcast (PolarTimes) Project Group. Along with the podcast episode, which can be found on many platforms, a FAQ Handbook that includes the answers to all the questions we received, was created. It is complemented by beautiful graphics and artwork by Autun Purser (AWI) and Bronte Harrison (University Centre of the Westfjords, Iceland).

The handbook is available as a pdf document and is freely accessible on the APECS website. It is intended to spark the interest of young students who want to learn more about Antarctica, its biodiversity and the research that is undertaken in and around the continent. Together with the podcast episode two complementing resources have been created, which can support classes, but can also be used outside of school. In addition, this resource is meant to be a living document, which can be updated and extended by future project groups at any time. Furthermore, the translation of the Handbook would be a desired achievement in the future to make the information more accessible independent from nationality and English-language skills.