SIOS publishes an annual State of Environmental Science in Svalbard (SESS) report (https://sios-svalbard.org/SESSreport). The first issue was released in January 2019. The report summarises the state of current knowledge of key Earth System Science parameters and analyses how these parameters influence one another. The SESS report outlines the work that has been done in the previous year within the SIOS cooperation to optimise the observing system and recommends research priorities for the following year(s).

The fourth issue of the SESS report will focus on updates of previous chapters and include a chapter on SIOS core data (https://sios-svalbard.org/CoreData). The deadline for submissions will be 15 September 2021 and the report will be finalised in the beginning of December. The SESS report 2021 will be released during the Polar Night Week in Longyearbyen, 24-28 January 2022.

The editorial board consists of five persons, two of which are senior researchers from SIOS member institutions and two are from the SIOS Knowledge Centre. We would like to appoint an early career scientist as fifth member of the editorial board. 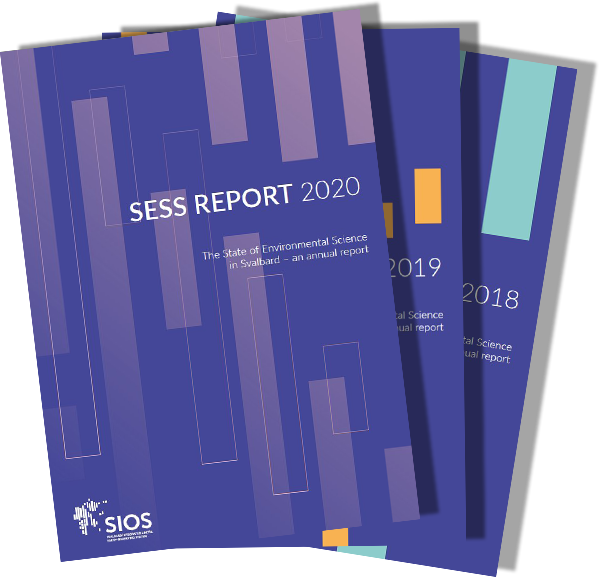 The tasks of the editorial board are:

The editorial board works in close cooperation with scientific and communication advisors within the SIOS community.

We offer an excellent opportunity

The applicant is expected to attend approx. 7 board meetings (on video), and the Polar Night Week in Longyearbyen (24-28 January 2022). Travel costs will be refunded.

The time period of appointment to the editorial board is limited to the completion of the fourth issue of the SESS report (January 2022).

The application and selection process is coordinated by APECS. If you are interested, please send the following information by no later than 20 September 2021 to This email address is being protected from spambots. You need JavaScript enabled to view it.:

If you have questions about the position, please contact SIOS directly at  This email address is being protected from spambots. You need JavaScript enabled to view it.

Statement from the early career member of the editorial board in 2021:

I was appointed as the early-career member of the editorial board for the ‘State of Environmental Science in Svalbard’ (SESS) report 2020. The editorial process has been impressively well organised by the SIOS-KC, whose great work has been key to making the participation in the editorial board an enjoyable and enriching experience.

Being part of the editorial board of the SESS report has allowed me to get an insight on the editorial process of a scientific report. In effect, I have learnt first-hand the main steps of an editorial process, and I have become aware of all the details that need to be considered when organising such a process. As member of the editorial board, my main tasks were to contact potential reviewers, review some of the chapters and draft the Executive Summary of the report. We had regular meetings where we discussed the state of the different chapter contributions as well as other issues. I also had the opportunity to prepare a short video with the presentation “Introduction to the SESS report” for the Polar Night Week, which was held online this year due to COVID-19. Due to the time difference, I could not attend the meeting live online, but hopefully I will be able to attend next year!

I have greatly appreciated working with the senior researchers and the representatives of the SIOS- Knowledge Centre as equals. My voice was always heard, and my opinion was viewed as valuable as the other members’ opinion despite having less experience than them. It was a pleasure to discuss with the members of the editorial board, who were very enthusiastic and motivated. In addition, I have gained an insight on the state of the Earth System science in Svalbard and about SIOS itself and its work, which I found impressive.

Given my highly positive experience, I strongly encourage early career researchers to apply to join the editorial board of the next SESS report. Every effort you put into the editorial process is greatly rewarded.

Statement from the early career member of the editorial board in 2019:

Working as an early career researcher on the editorial board for the SESS report has been an incredible experience that I would strongly recommend to anyone.

Activities included some help and guidance to the authors for the writing of the chapters, communication with authors and reviewers, proofreading, decision-making, writing of the executive summary and the final presentation of the report during the polar night week.

The members of the editorial board and the SIOS-KC are also very open on welcoming of any additional skills and ideas that you may bring to the table, which really gives you many opportunities to contribute (and perhaps more than in other reports).

Because you are involved in all the stages of the report, it gives invaluable insights into how a scientific report is created. Since you work so closely with the content of the report, it also gives a very nice overview of what the latest developments and advances are in Earth System Science and research on Svalbard.

Statement from the early career member of the editorial board in 2018:

I served as the early-career member of the editorial board for the ‘State of Environmental Science for Svalbard’ report in 2018. I was interested in gaining some editorial experience, and this was an excellent opportunity to do so.

My initial responsibilities were to assist in the design and production of official report documentation, recruit and liaise with the reviewers of each report chapter, and regularly update the contributing authors of upcoming deadlines and progress of the report. Each member of the editorial board was also responsible for reviewing, providing author feedback, and editing several of the report chapters. I also designed some visual aides that have been used in presentations at national and international conferences, promoting the SESS report. I learnt an incredible amount from the senior members of the editorial board and the SIOS-KC staff, who were enthusiastic, accommodating and extremely helpful.

I was fortunate enough to attend and deliver a presentation at the SIOS Polar Night Week at the SIOS Knowledge Center in Longyearbyen, in January 2019. This was a fantastic experience, one where I was able to meet the report's contributing authors and the wider research community. Not only has this process broadened my own knowledge of the earth system science currently being conducted in Svalbard, but it has also given me a valuable insight into the process of editing and publishing a scientific report.

For any early career scientists who wish to gain some editorial experience, I would strongly recommend that they apply to join the 2019 editorial board. I have gained knowledge and skills that have already proven invaluable within my own research and broader career.