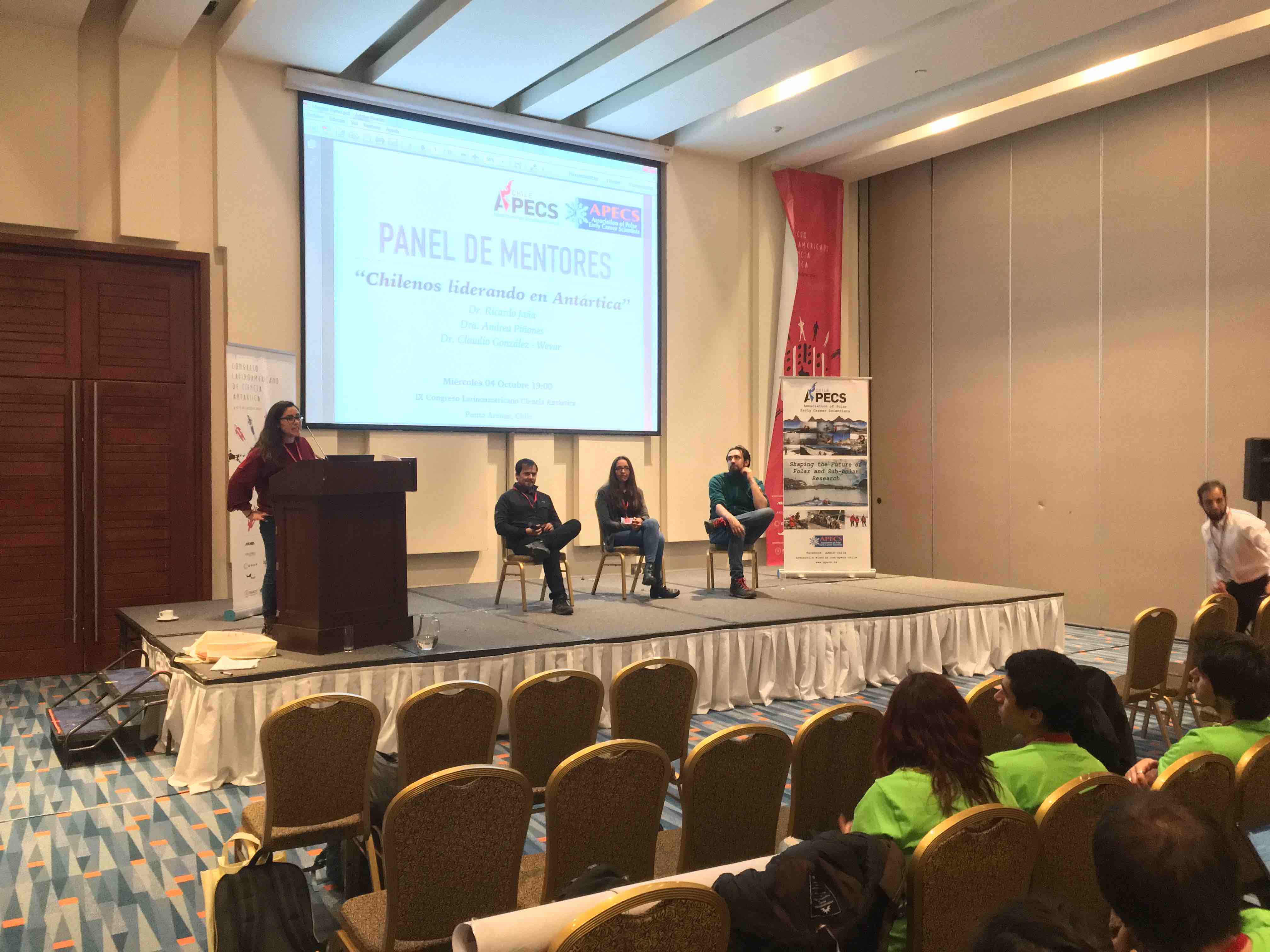 During the IX Congress of Latin-american Antarctic Science held in Punta Arenas (CLCA, almost 300 scientist from 15 countries), APECS Chile was able to performed a Mentor Panel and our first Annual Meeting.

Three mentors were invited to the Panel: Dra. Maria Andrea Piñones Oceanographer from the center of high Latitudes research (IDEAL), which is the most important long term chilean project in Antarctic science, Dr. Ricardo Jaña, Engineer in Geography and specialized in GIS platform from the Chilean Antarctic Institute (INACH), the main chilean government entity in Antarctic logistic and funding and Dr. Claudio González Marine Biologist from the University of Magallanes, the local university which has recently open a PhD program in Antarctic and sub-Antarctic Sciences.

We advertised in our website, social media and the official site of the conference (links below) and prepared the biography of each mentor and suitable question to open the debate.

The whole activity took 40 minutes. The panelist share their experiences and how they got involved in Antarctic research. We were able to share different aspects of being an Antarctic scientist, working opportunities and discuss the importance of networking in Antarctic science. We gave them an acknowledgment award for their participation during the closing ceremony.

After the Mentor Panel, we had time to discuss the idea of APECS Chile as a formal institution, the aims as a National Committee of APECS international and how to work to incorporate more active members in order to achieve our goals. We have more than 50 people on the audience including mentors, undergraduate and graduate students from Chile, Uruguay, Brazil, Argentina and Peru. 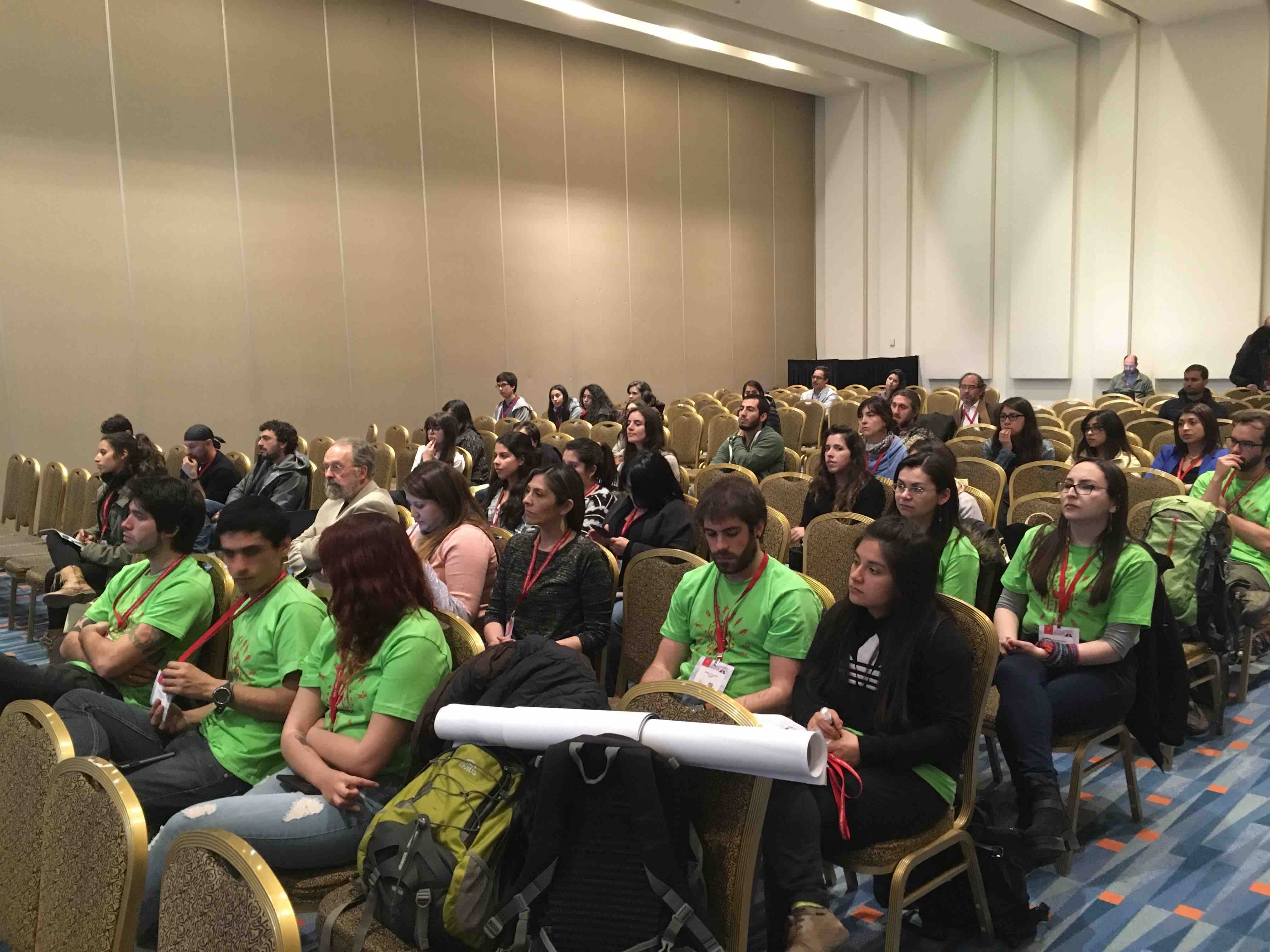 After a long day preparing the Panel and the annual meeting, we went to El Rustico bar, which is a nice and friendly bar in Punta Arenas. Here we ordered Pizza and beers for the members and coordinators which help us during the whole week. We enjoyed the moment and recruited more members as they were able to ask and chat more about APECS initiative after the “formal” meeting. Also, it was an opportunity to discuss with teachers and mentors about our organization and listen their feedback and comments.

In addition, the british Embassy organized a meeting-coctel to talked about possible fundings for Post-doc and early career scientist opportunities invitation that was extended to the APECS Chile members, recognizing the importance of this platform as a direct link with early career scientist. We will put together the information compiled in this meeting to make it available for students the next month.

Our second most important activity was to award the best oral and poster student presentation. We rigorously evaluate more than 200 works (two evaluators per work) and we had the collaboration of mentors and APECS members to do this (almost 10 collabs). It was a huge amount of work, but it was satisfactory to see great level of presentations and the spirit of working together. Thanks to the congress organizers, we were able to used the closing ceremony to gave the awards.

At the closing ceremony, Claudia Maturana, the president of APECS Chile, gave a speech to the audience about the main aims of this organization and how it was clear during the IX CLCA that we have enthusiastic people and we could achieve any goal that we propose with coordination and effort.

After the conference, we received lots of good comments about our activities and performance, several students and mentors are very keen to participate and motivate their students to be part of this initiative. Even Dr. Steven Chown congratulated Claudia for the active participation of APECs Chile at the conference and her speech. 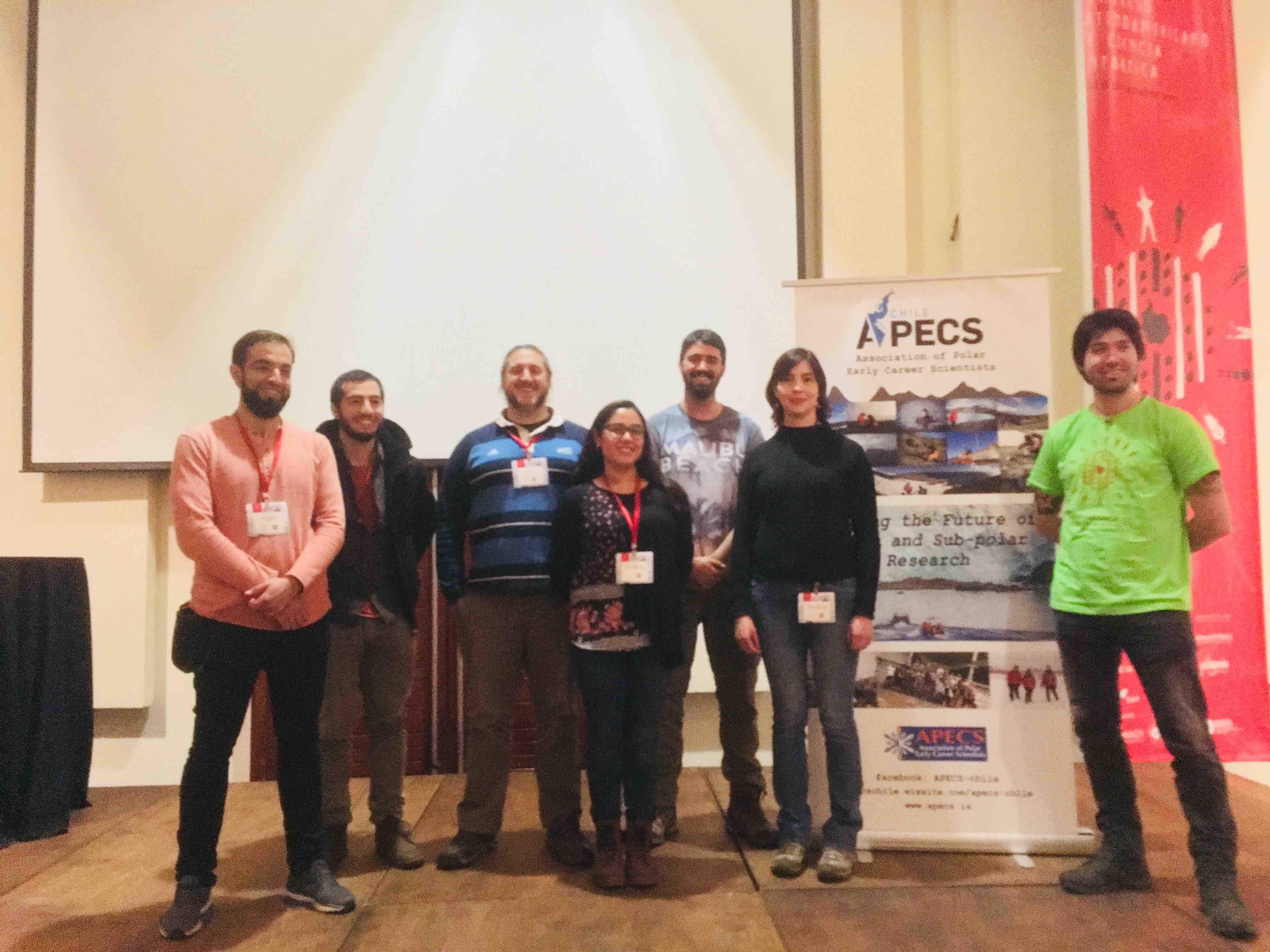