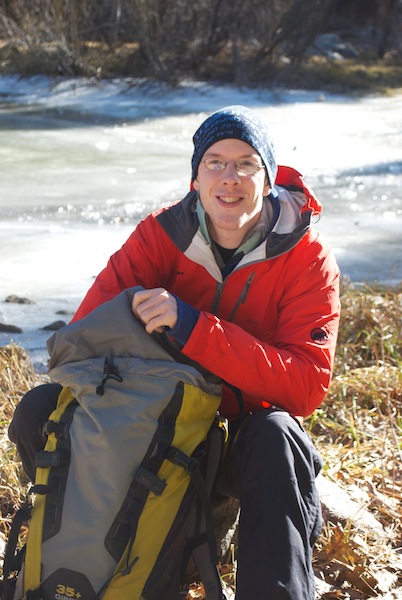 My name is Allen Pope – as a former president of APECS and frequent poster to the APECS email list, there’s a strong likelihood that you may have seen it before. Originally because of my involvement with APECS, one thing led to another, and I am now one of the first elected student members of the Council (~50 people) of the 66,000-member American Geophysical Union (AGU). I have been asked to write a short post on how I found myself in this position, what responsibilities it comes with, what I hope to contribute, what I hope to learn, why I’m excited to have this opportunity, and why I think I shouldn’t have gotten this job!

The AGU Council is the assembly responsible for the scientific affairs of the Union. It represents, advocates, deliberates and prioritizes member issues impacting the science of AGU. And starting in 2013, there are 6 elected seats on the Council for students and early career scientists. As one of the student reps, my role is twofold: one, to serve as a bridge between the Union and student members and two, to be a fresh, innovative voice on the Council as we discuss how to run the fall meeting, how to communicate science, and much more. I hope to do both of those things, and the other student members and I have already started plotting and scheming! In our term, communication will be paramount and in two years’ time, we want early career members to feel that their voice is heard and for them to hear all the opportunities that AGU is providing them with.

So, where does APECS come in? It was through organizing an APECS panel at last year’s fall meeting that I started talked to Anne Nolin, former president of the AGU Cryosphere Focus Group, and it was she who encouraged me to apply for the slot. APECS involvement really is a great way to gain skills, confidence, and contacts! The AGU Council is going to be a great opportunity to see how AGU operates – and for me to share many of the lessons APECS has already learned about serving an early career constituency. There is so much that I can help make happen, especially with the resources AGU is able to provide.

So, why would I ever think I shouldn’t have gotten the job? Because it is such a sweet gig that I’m amazed only a few dozen people put themselves forward for the 6 slots! I know there are tons of enthusiastic & highly competent people out there, so when my term ends in 2 years, I hope that that many APECS members alone apply for the position – and we’ll talk about what you can give and learn then.

For now, it’s easy to get involved with AGU by contacting me or signing up online – or APECS by emailing This email address is being protected from spambots. You need JavaScript enabled to view it..