In 2015, the APECS Executive Committee decided that a critical review of the organization should be undertaken in order to develop a strategy for the development of the organization in the coming years. The ExCom appointed a committee to conduct this review, consisting of 8 people, both members and mentors of APECS:

More information on the tasks of the Organisational Review Committee can be found in its Terms of Reference.

The review consisted of informal interviews as well as a comprehensive survey of APECS members, mentors, and the wider polar community. The survey received over 200 responses from 29 different countries. After multiple virtual meetings, on the committee met in person alongside ASSW2015 in Toyama, Japan to discuss major results and outcomes of the survey and agree on recommendations for future strategic actions listed below.

To see more in-depth data from the survey, as well as the text of the survey itself, and more about the organization review process, please read the committee’s full report below. 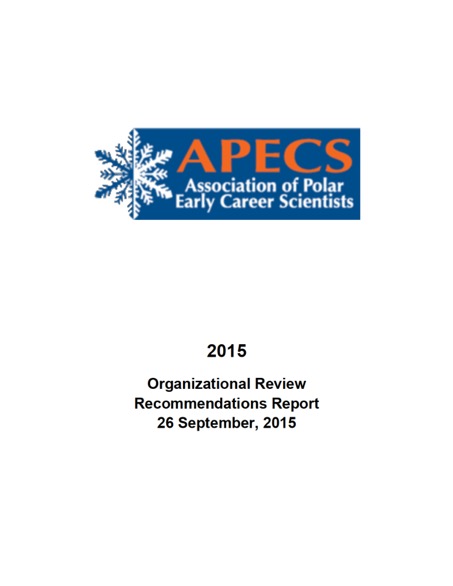