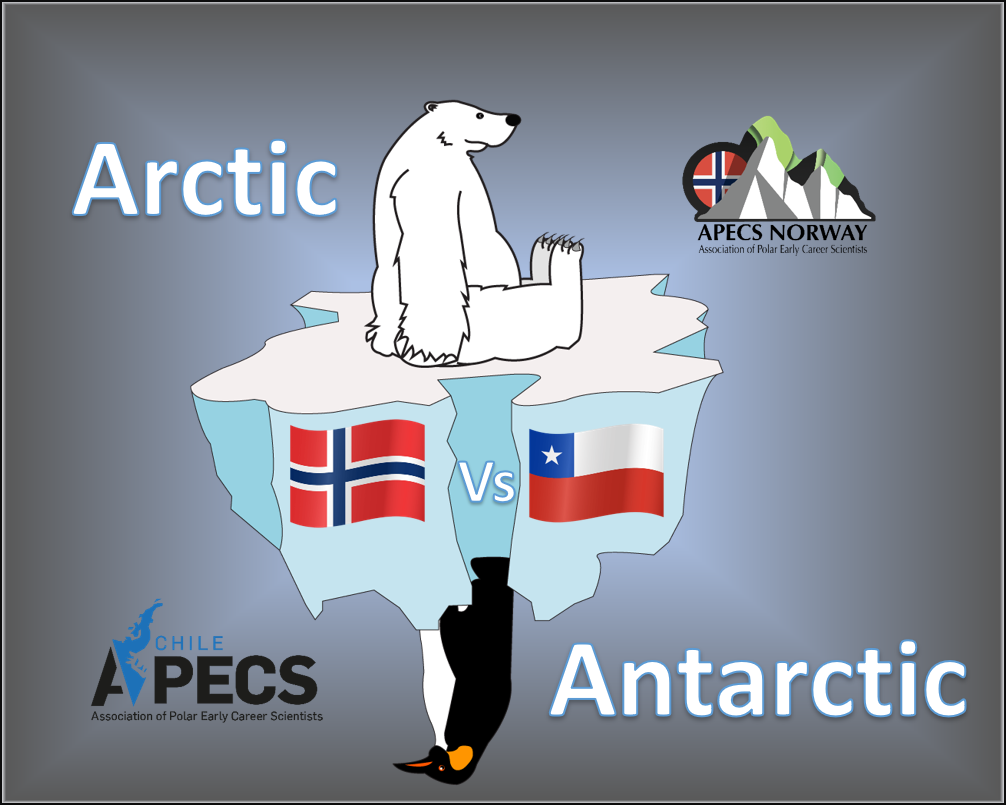 Despite the distance between the two countries, Chile and Norway have a lot in common when it comes to their relationship with the Antarctic and the Arctic respectively. We welcomed all to explore the differences and similarities on multiple scientific topics during the international polar week March 2021. We posted information on APECS Norway (Twitter / Facebook) and the APECS Chile (Twitter / Instagram / Facebook) social media 'channels', to highlight the connection of these two countries with their backyard-polar playgrounds. Comment and follow us using the hashtag #CLvsNO and follow us in this joint activity between APECS-Norway and APECS-Chile.

The activity were held during the entire International Polar Week. This was the result of a joint collaboration between APECS-Norway and APECS-Chile.