A Siberian Indigenous Artist You Should Know 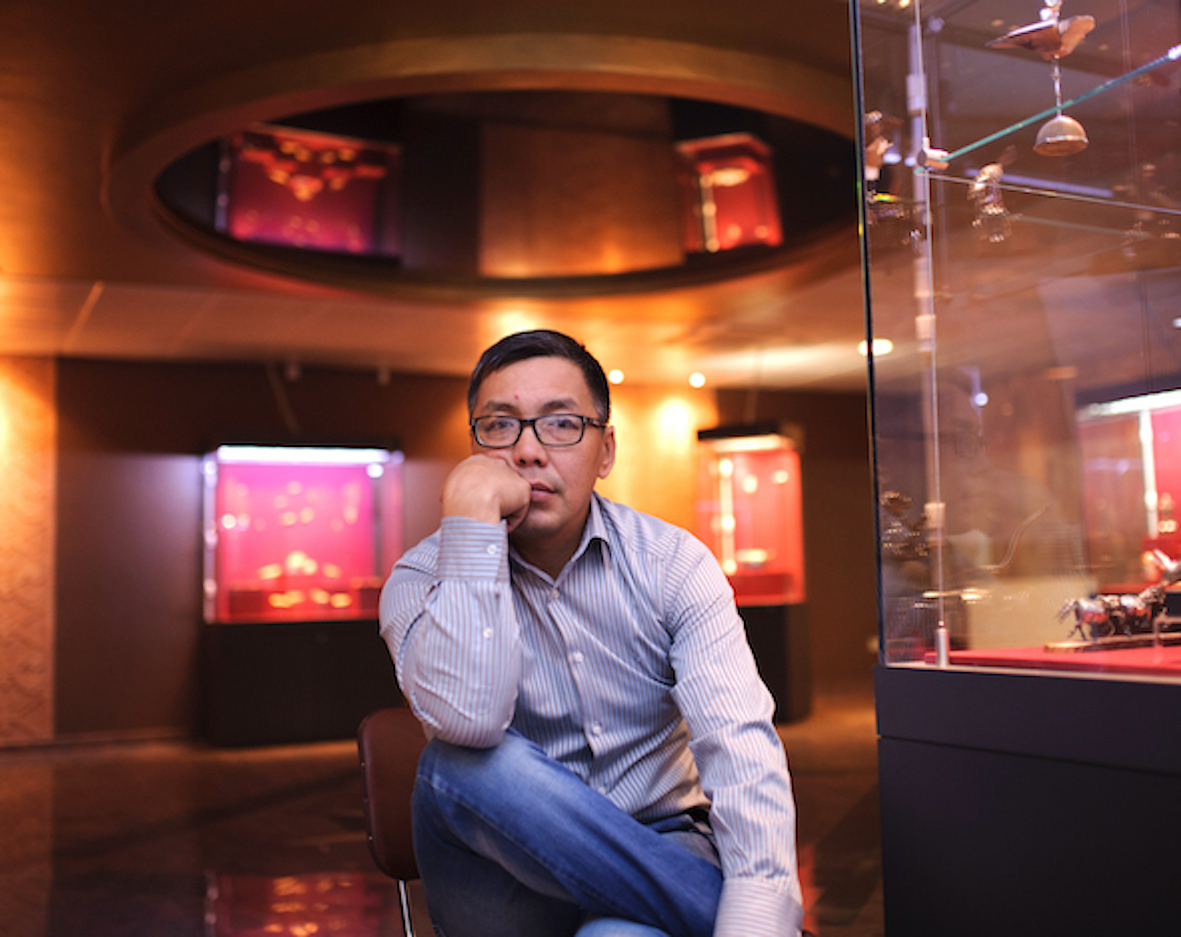 One of the prominent Siberian Indigenous artists you should know is Alexander Manzhurjev, known for using various styles and techniques. Alexander, who is Sakha, is an Indigenous artist and jewelry maker. He was born on January 19, 1971 in Vilyuysk town, in the Siberian Sakha Republic (Yakutia). In 1989, he finished a photography program from the Yakutsk Community College. In 1994, Alexander received a degree in Art Education from the Namtsy Community College in the Sakha Republic. After graduation, he worked as an art teacher in his town. In 2000, he received a BA degree in Jewelry and Metalwork from the East Siberian State Academy of Culture and Arts in Ulan-Ude, the Republic of Buryatia. In Ulan-Ude, Alexander was an assistant to Dashi Namdakov, an internationally famous Indigenous (Buryat) jewelry maker and sculptor. In 2013, the artist opened his own art studio in Yakutsk.

Alexander belongs to a generation of artists who are seeking new forms of art. His work feels simultaneously distinct and sophisticated. It is full of subtleties, allusions, and challenges that invite the viewer into deeper understanding of the Indigenous traditions, beliefs, and the human relationship with the Universe. Traditionally, Sakha jewelry makers and artists make jewelry of sterling silver without adding stones or mammoth tusk. Alexander breaks this tradition by using other materials such as mammoth tusk, nut tree, mahogany, precious stones and beads. He was strongly influenced by the Sakha traditions, beliefs, and legends his parents passed down to him. His mother was a culturologist and his father was a musician with strong Sakha traditions. Alexander also drew inspiration from a variety of Siberian spiritual ways, shamanism, tengrianism (the sky cult), the ancient Turkic and Scythian cultures, which according to the artist, have similar roots. His studies in the Republic of Buryatia and trips to Mongolia, the Khakassia Republic, and the Tyva Republic where he saw local cultures and the treasures of the Scythian culture, reshaped his worldview. Some of his work is inspired by a sophisticated Scythian animal style and stylized animal figures. Alexander’s perspective and experience echo in his Indigenous Sakha artwork. Based on the Sakha mythology and cosmology, he creates a fantastic world in playful images with deep meanings. The artist uses various materials such as silver, bronze with patination, diamonds, chrome diopside or Sakha emerald, red garnets, blue and smoky topaz, and turquoise. Mammoth tusk, colorful beads and mahogany also enhance the image of the decorated objects. Alexander’s work appears in a number of collections across Siberia including the National Arts Museum of the Sakha Republic, the Tyvan Republic National Museum (named after Aldan Maadyr in the Tyva Republic), in Datsan “Puntsognamdolling” and Orlik village in the Republic of Buryatia, as well as in private collections across the world. He has received a number of awards. If you are interested in his work, you can contact him on Instagram, @aleksandrmanzhurev or on Facebook, Александр Манжурьев.

Tuvan Music: “I Will Never Give Up Throat Singing…”

I am a Tyva (Tuva) from the Tyva Republic, which is located in southern Siberia. I would like to tell you about one of the important things in Tuvan culture, throat singing khöömei. This technique of producing one or two (or even three) pitches at once is common among the indigenous peoples in southern Siberia and Mongolia. In the past, it was believed that humans communicated with nature spirits by using throat singing. Today, some Tuvan shamans (shamanism is actively practiced in this community) use this technique in their rituals. There are several major styles and various substyles of throat singing. For the last three decades Tuvan music has flourished and evolved. The words “I Will Never Give Up Throat Singing…” are from a popular Tuvan song and describe well the attitude of the Tyva (Tuva people) toward this ancient tradition. Tuvan culture is more perceived as a singing culture. Moreover, throat singing has become a part of the Tuvan identity. Everybody loves throat singing. You can hear throat singing everywhere: on local TV, in the stores, on the streets. Throat singing is one of the most popular phone ringtones, particularly among men.

Khratyga is a band of professional musicians who graduated from the Kyzyl College of Art in the capital of the Tyva Republic. Later, they received BA degrees in Jazz and Contemporary Music from the Tuvan Branch of the Eastern Siberian Academy of Culture (the Republic of Buryatia). This band is bold and inspiring because of its fusion of jazz, rock, Tuvan music, and throat singing. Here are the YouTube links:

The whole concert of the band is here.

Khoomei Beat also beautifully combines various styles. All members are professional musicians. The leader of the band, Bailak Mongush, is the most important music influencer in the republic. Bailak is also among the top 10 best drummers in Russia. She works as an instructor at the School of Art for Talented Children in Kyzyl. You can feel in Khoomei Beat’s compositions steppe, mountains, wind, rivers, semidesert, and freedom in their songs.

Here is an interesting work. It’s an interpretation of the well-known song, Ghost Riders in the Sky, by the famous traditional band, Tyva and a US singer, Enrique Ugalde, with a song Чылгычын Ыры (Herder’s Song).

Here is another interesting song with a Tuvan band “Chrigilchin,” “Somos Anormales” by a Puerto Rican rapper and singer Residente. He visited the Tyva Republic where this song was written and recorded in 2017. The same year, this song received a Latin Grammy Award for Best Urban Song.

With Love from the Tyva Republic,
Tayana Arakchaa-Mongush