There is an urgent, recognized need to bridge the gap between science and policy/decision-makers/Arctic communities to enhance the use of scientific knowledge as a basis for decision-making. Assessments document and provide the critical knowledge on changes in the Arctic region and contribute to international processes and negotiations on climate change, pollutants, development, biodiversity, and more. Scientific assessments are principal mechanisms for harnessing scientific information to inform policy- and decision-making.

A scientific assessment is, however, far more than just a final report or deliverable, it is the entire multi-year process, within which expert knowledge is gathered, evaluated, interpreted - before it is communicated to decision-makers and other audiences.

Participants learned more about scientific assessments, their do’s and don’ts, best practices in translating and communicating science and knowledge into action, and how individual scientists can make their voice heard. Workshop outcomes contributed to the discussions on the last day of the conference. 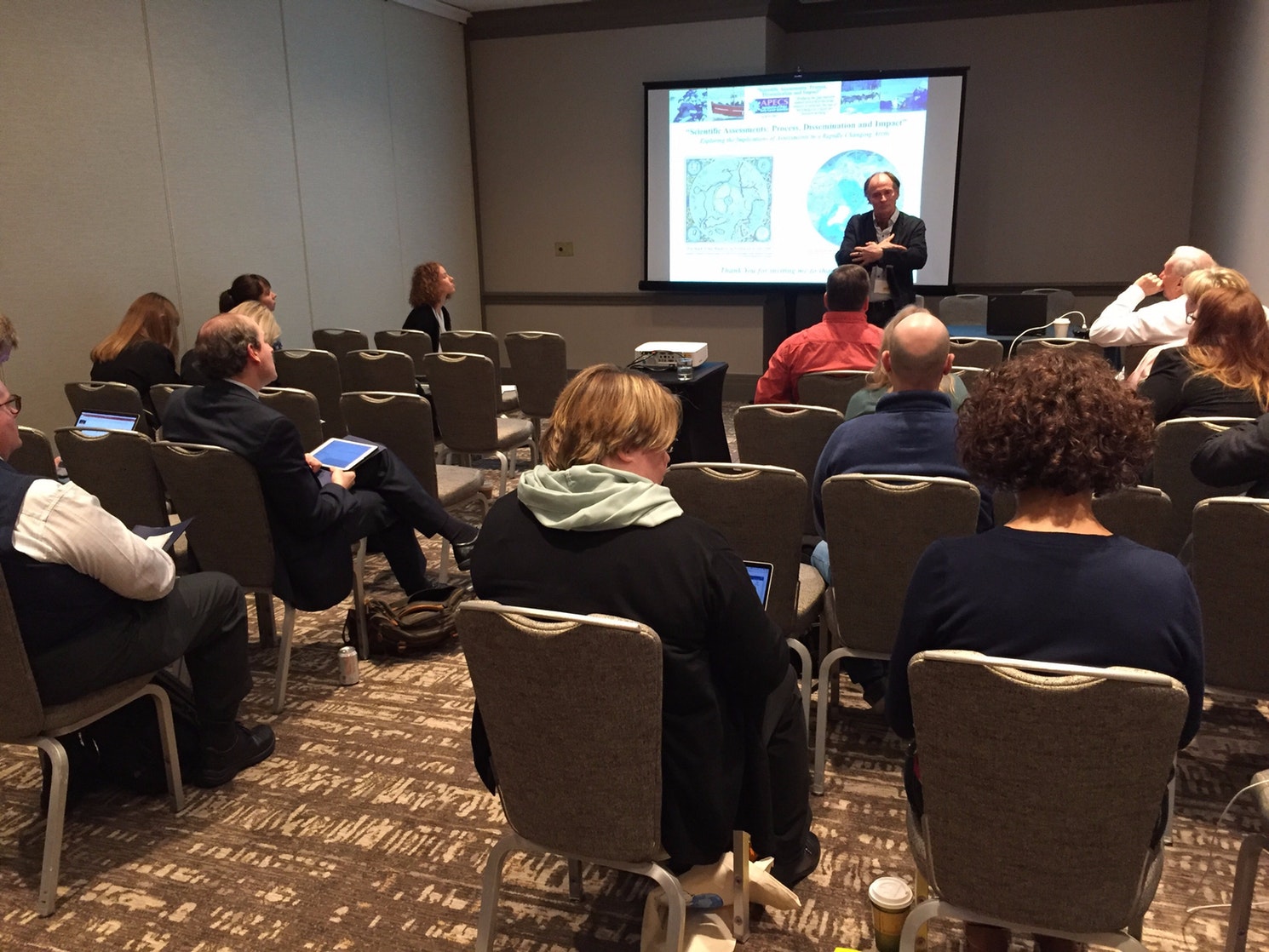 The Arctic Monitoring and Assessment Programme (AMAP) 2017 International Conference on Arctic Science: Bridging Knowledge to Action took place in Reston, Virginia, United States, from April 25-27. The conference brought together a diverse and international group of experts ranging from scientists to decision-makers to explore pathways for enhancing usability of scientific and other forms of knowledge to support policy and practice in the Arctic. The conference highlighted major AMAP assessments and the release of the latest AMAP assessment reports: Snow, Water, Ice and Permafrost in the Arctic (SWIPA) and Adaptation Actions for a Changing Arctic (AACA) regional reports.

Another major highlight was the April 24 pre-conference workshop on "Scientific Assessments: Process, Dissemination and Impact" organized by the Association of Polar Early Career Scientists (APECS) and International Arctic Science Committee (IASC). This one-day workshop engaged researchers in a conversation on scientific assessments with an international group of scientists and communication experts in government and academia through interactive panels and presentations. Workshop outcomes also contributed to a discussion during plenary sessions on a call for action held on the last day of the conference.

Contributions from the APECS/IASC/AMAP workshop echoed major themes that emerged throughout the conference, with usability of scientific assessment for policy and decision support being most prominent. In particular, participants noted that the well-established usability challenge of balancing credibility, saliency, and legitimately of information for a wide range of stakeholders with diverse values and priorities is compounded in the Arctic by amplified system changes and limited monitoring and research capacity compared with what is generally found in the lower latitudes. Ways forward focused on methods for stakeholder engagement during the assessment process such as co-production of products to enhance usability while building capacity for process/product use such as joint producer-user partnerships and training opportunities. The need to span disciplinary and researcher-stakeholder boundaries and the role of institutions in designing and facilitating such interactions was a related consistent conference theme. The need for such "boundary organizations" to enhance assessment usability discussed in the early career workshop was the main recommended call for action promoted at the end of the conference.

For more information on the conference and early career workshop visit the full conference program and APECS/IASC/AMAP agenda. 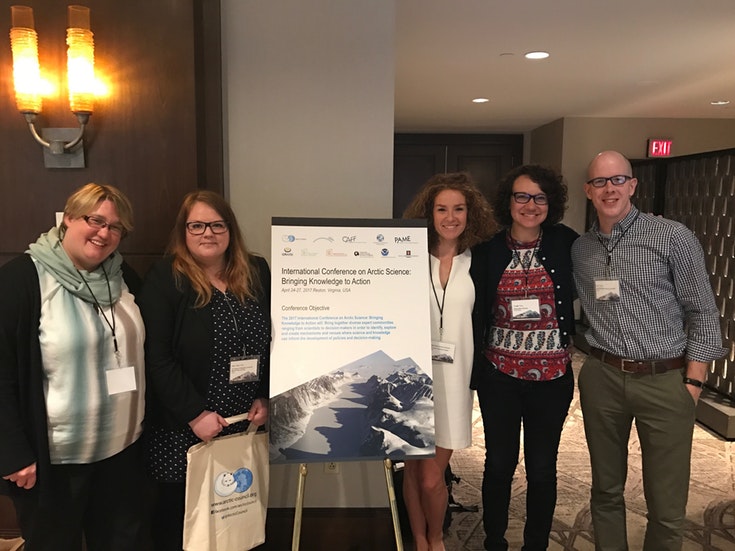 The pace of Arctic change is outrunning the process of conducting scientific assessments. However, the demand and need for timely, accurate, relevant, and credible information is greater than ever. Scientific assessments synthesize, document and supply critical information to decision-makers on key issues. They continue to be the principal means for harnessing and communicating scientific knowledge, but the mechanisms of this process are unfamiliar to many early-career researchers.

To address this need, the Association of Polar Early Career Researchers (APECS), the International Arctic Science Committee (IASC) and the Arctic Monitoring and Assessment Programme (AMAP) hosted a one-day workshop about scientific assessments on 24 April 2017 in conjunction with the International Conference on Arctic Science: Bringing Knowledge to Action. The workshop was attended by two dozen early-career and mid-career researchers and professionals from a range of countries and disciplines. Thirteen panellists, including assessment creators, contributors, communicators and end-users, discussed how assessments are produced, how scientific knowledge is translated and communicated, and how scientists can leverage assessments in their own outreach. Many valuable lessons and practical skills were discussed, as well as challenges and opportunities for the future of scientific assessments in the Arctic.