APECS is very pleased to announce our 2018 APECS International Mentorship Award recipients - Dr. Aleks Terauds and Dr. José Xavier! The mentorship awards were established in 2016 as a meaningful way to recognize the efforts of those mentors within the international polar science community, and to honor those who have devoted significant time and energy towards building a supportive community for early career professionals.

This year, we received several deserving nominations for both categories and it was genuinely difficult for our award committee to select the winners. Thank you to all of those who nominated mentors, and to the Mentorship Award committee members who handled the nomination and award process. Both Aleks and José have devoted significant time to training, advising, and assisting those at the start of their careers, as seen by the following highlights from both of their nominations: 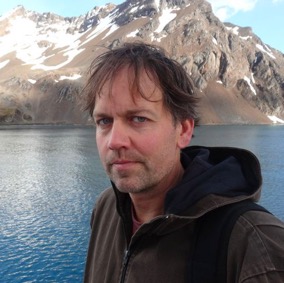 Dr. Aleks Terauds (Australian Antarctic Division, Australia) is the 2018 recipient in the “member category”. APECS members were invited to nominate someone who has been an outstanding personal mentor to them in their career. Aleks was nominated by Jasmine Lee, Meagan Dewar, Hannah Wauchope and Jarod Hodgson, who emphasise that Aleks is an exemplary role model to early career Antarctic scientists across the world. They wrote that “Aleks is an approachable and engaged mentor… this approachability is a welcome relief, fostering a collegiate and collaborative dynamic,” and described him as “the perfect mix of academic support and career guide who has ensured that I already have a flourishing career.” Aleks makes time to support and provide opportunities to those in early career stages, and has helped to shape the career paths of many young researchers. He genuinely cares about integrating early career voices into the Antarctic community, and is invested in setting them up to successfully work with and contribute to policy-making. In addition, Aleks regularly contributes his expertise and time to APECS events, such as the 2017 APECS Oceania Symposium. APECS is therefore honoured to recognise Aleks with an APECS Mentor Award for the significant contribution he has made to fostering early career researchers. 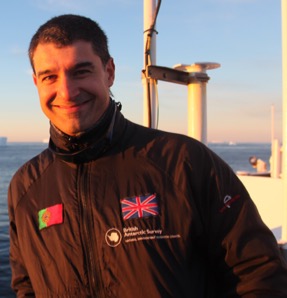 Dr. José Xavier (University of Coimbra, Portugal) is the 2018 recipient in the “APECS category”. APECS committees were encouraged to nominate a mentor who has made an outstanding contribution to the success of APECS, and José was nominated by several National Committee, including APECS Portugal, as well as several individual APECS members. They remarked upon the way he brings people together and “is constantly identifying and introducing ECRs to leaders in their scientific field and marking introductions,” and described APECS as “José’s second love, scoring close to science!” José is an excellent example of how APECS is now growing its own mentors. He has been actively engaged with APECS since our establishment in 2007, held a vital role in helping to develop our organisation, and over the years he has participated in numerous panels and workshops as a mentor. José is also dedicated to building capacity around the world, and has supported the creation of several APECS National Committees. In addition, he has mentored numerous students in his career - regardless of whether he was their supervisor or not - leading them to professional success. This support has ranged from guidance during Antarctic fieldwork to helping students learn how to best take advantage of time at international conferences, or to become better educators themselves. José is an enthusiastic communicator who inspires not only the people of Portugal, but also the entire APECS community with his infectious enthusiasm. We therefore congratulate José on a well-deserved award.

On behalf of all APECS members, we would like to sincerely thank José and Aleks for all that they have done as mentors for both our organization and so many early career researchers as individuals. The 2018 APECS International Mentorship Award is a small token of our gratitude for all of the time, wisdom, and passion they have shared. We look forward to working with both of them further in future. Both awards were handed out during the POLAR2018 Conference in Davos.

Mentors come in many guises – if there is someone who has made a difference in your career who you think deserves recognition, please do put them forward for next year’s awards. Nominations for the 2019 APECS International Mentorship Award will be announced early in 2019 on our website, and you can learn more about this year’s nomination process through our archived page.

Evidence of Pollution All the Way to the Poles