The Education team made a teaser for the movie that will be made following MOSAiC which will be shown at Planetariums across the globe. Sharing the expedition with the rest of the world is an important aspect of the MOSAiC concept. Changes in the Arctic will affect us all and we have a responsibility to share the science.

After the teaser screening at the Planetarium, we joined other MOSAiC participants for a toast to the expedition. There was time for a quick celebration and some play with the Planetarium exhibits before going back to the shipyard, where students helped with preparations for the farewell party. Such an important and timely project, the media behind the expedition was (still is!) really important. The farewell party featured talks from lead scientists, with many dignitaries and politicians on the invitation list. We also got our first glimpse of Akademik Fedorov which had arrived earlier in the day. 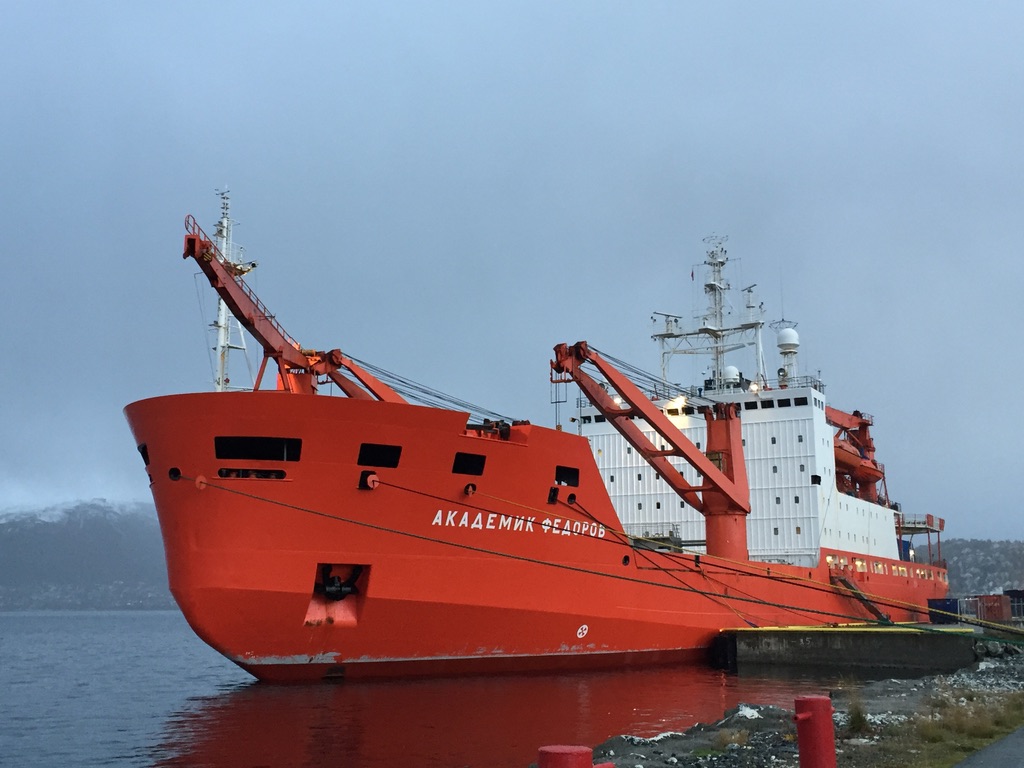