In our Partner News we feature news from the many partners and sponsors that APECS is working with. If you have an article to contribute, please email This email address is being protected from spambots. You need JavaScript enabled to view it. 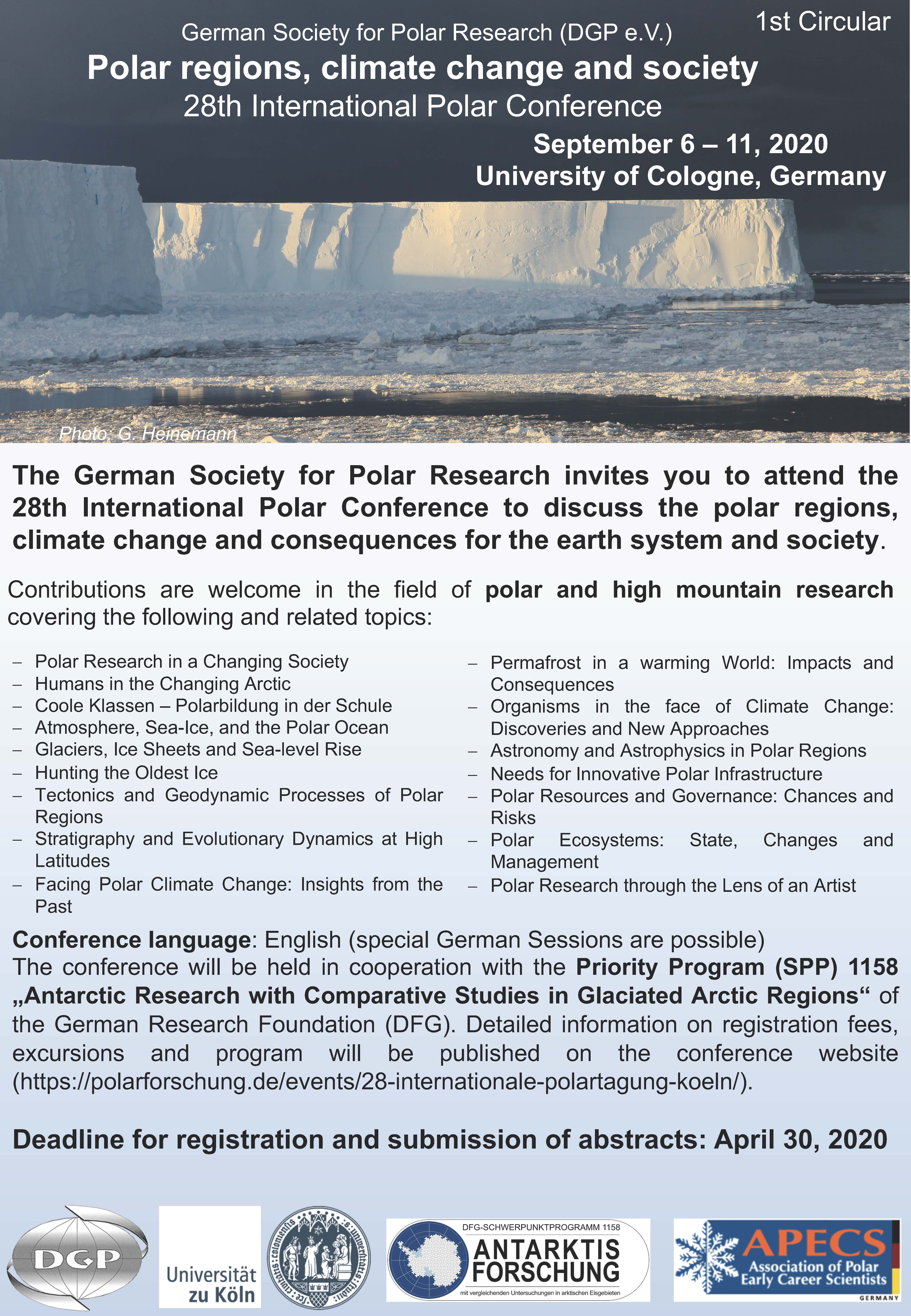 The University of the Arctic (UArctic) call for is now open for applications for networking projects in Arctic research and education for a UArctic member university in Norway.

Who can apply:
The main applicant has to come from a UArctic member university in Norway. A complete and updated list of member institutions can be found on the UArctic website. The project lead institution needs to be a UArctic member.

The University of the Arctic (UArctic) call is now open for applications for networking projects in Arctic research and education for a UArctic member university in Greenland, Denmark or the Faroe Islands.

Framed by the overarching theme “The Arctic: Regional Changes, Global Impacts”, Lisbon invites international experts on the Arctic and Indigenous Peoples to discuss the “New Arctic” and also its impacts and interactions to and with the lower latitudes.

The Arctic Science Summit Week 2021 will bring together scientists, Indigenous people, Arctic community members, and Arctic science stakeholders from all over the world to present and discuss the most recent advances on Arctic knowledge across disciplines, from the natural sciences to the humanities. The conference will also be an opportunity to foster research synergies between both Polar Regions, with sessions that target both Poles welcomed.

Find an overview of all travel support, application processes and deadlines on our website: https://www.scar.org/events/ecr-travel/. This list is frequently updated as new opportunities become available.

The UN Decade of Ocean Science for Sustainable Development 2021-2030 presents a once-in-a-lifetime opportunity to deliver scientific knowledge and ensure that ocean science can fully support countries’ actions to sustainably manage the ocean and to achieve the 2030 Agenda for Sustainable Development.
As part of a global consultation process in preparation of the UN Decade, the Southern Ocean workshop will provide opportunities to further discuss, prioritize and formulate proposals for Southern Ocean initiatives to be framed under the UN Decade.

Registration and Abstract submission is now open for the CRYOSPHERE 2020, the International Symposium on Ice, Snow and Water in a Warming World, is now online.

The deadline for abstract submission is 15 April 2020. Notification of acceptance will be by 1 June 2020

The symposium will be held at the renowned Harpa Conference Centre in Reykjavík, Iceland during 21–24 September 2020.

An new episode of the IcePod, the official podcast for the Year of Polar Prediction, has now been published. On this second episode, we take a further look behind the scenes of MOSAiC. The master student and professional photographer Thea Schneider was one of the lucky ones, namely one of the twenty early-career scientists who went on board the Russian icebreaker Akademik Fedorov, which supported Polarstern into the Central Arctic.

In our interview, Thea Schneider from the University of Potsdam, Germany, tells us about the difficulties of assembling a sea-ice buoy without IKEA instructions, what a smoking curl has to do with Arctic turbulences, and how lonesome you can (not) be as a vegetarian among Russian meat-eaters.

Soos is seeking nominations for a number of leadership roles in support of facilitating and enhancing global Southern Ocean observations into the future!

The MDPI journal Geosciences recently launched a special issue on “Glacier Characteristic Variability in Polar Regions", which is now open for submission. I would like to invite those of you working in this field to submit an article to this special issue. Deadline for manuscript submissions is 15 October 2020.

For more information about the Special Issue, and potential topics, please see: https://www.mdpi.com/journal/geosciences/special_issues/glaciers_characteristics