Communication is becoming increasingly important in the scientific world, whether in the context of project deliverables or to inform the general public of current scientific challenges and breakthroughs. We always say that a picture is worth a thousand words, so why not convey your current polar research issues through your most beautiful expedition photographs?

This year, APECS Belgium teams up with the Royal Belgian Institute of Natural Sciences and the International Polar Foundation for the Museums Nocturnes of Brussels. We are organizing a polar photography exhibition at the Natural Sciences Museum between the 19th and the 22nd of May. 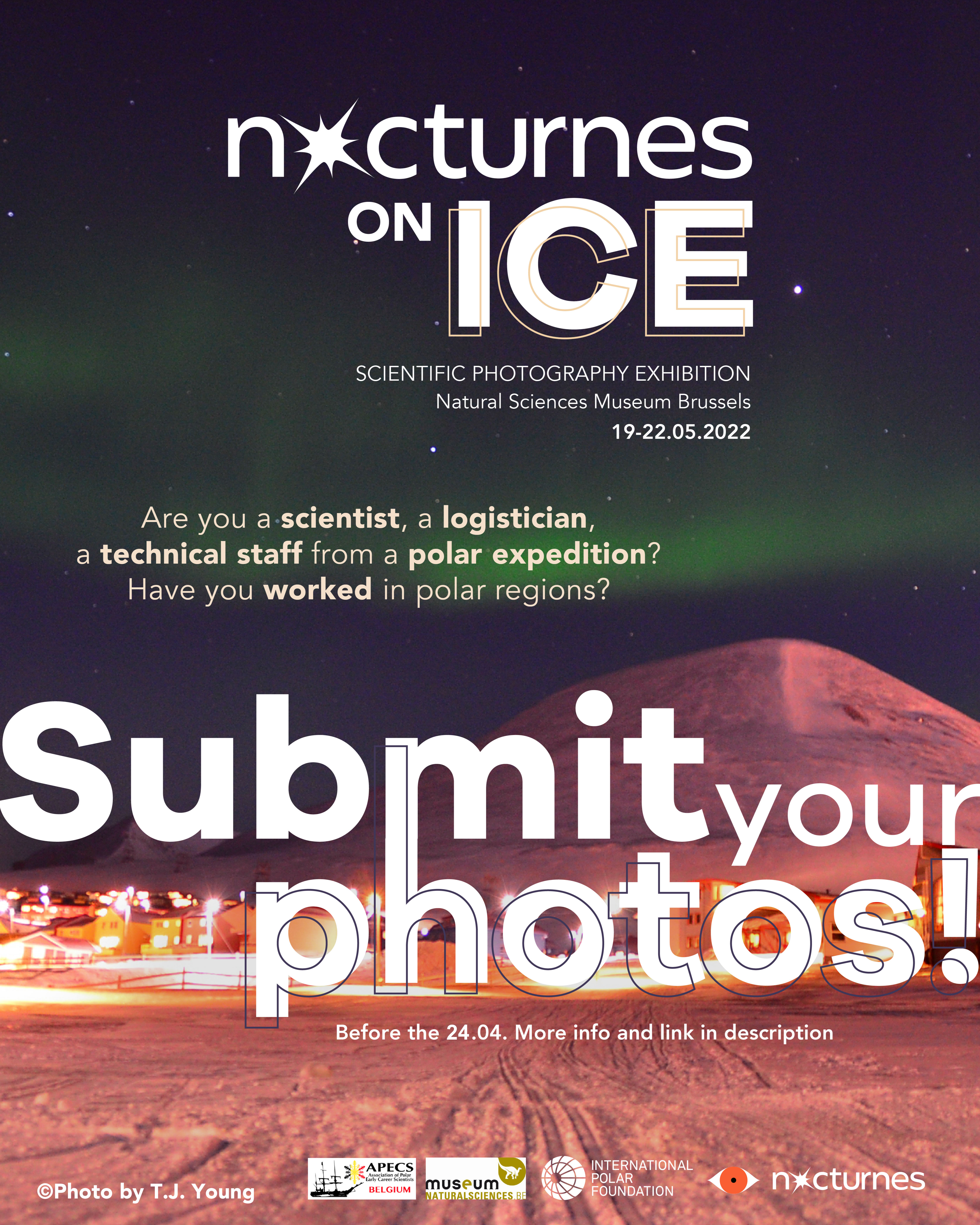 The idea is to raise awareness of the current issues affecting the polar regions through photographs taken during scientific campaigns or expeditions in these regions. Technicians, logisticians, scientists, and anyone who has participated in such campaigns is encouraged to submit their best photos via the following link: https://bit.ly/SubmissionAPECS. Participants will have the opportunity to exhibit their pictures at the Museum of Natural Science in Brussels. We are only accepting submissions from people that have a link with Belgium. Submissions are open until 24 April.

The exhibition will be inaugurated during the Brussels Nocturnes opening night, on Thursday the 19th of May. We hope to have many polar scientists and anyone involved in the field joining us in order to have interesting discussions with the general public. We believe it will also be a great networking opportunity.