MOSAiC is the largest Arctic research project of our times. Frozen into the ice, the German research icebreaker Polarstern has been drifting with the same ice floe through the Central Arctic from mid of October until the end of July when the ice floe eventually disintegrated into many small pieces. During those ten months, hundreds of scientists conducted field research on the polar atmosphere, ocean, ecology, the physical properties of the ice and biogeochemical relationships between all this, while the floe travelled from the Siberian Seas to the Fram Strait. Among those scientists have been many Master students, PhD-students, early Post-Docs, in short: Early career researchers (ECRs). 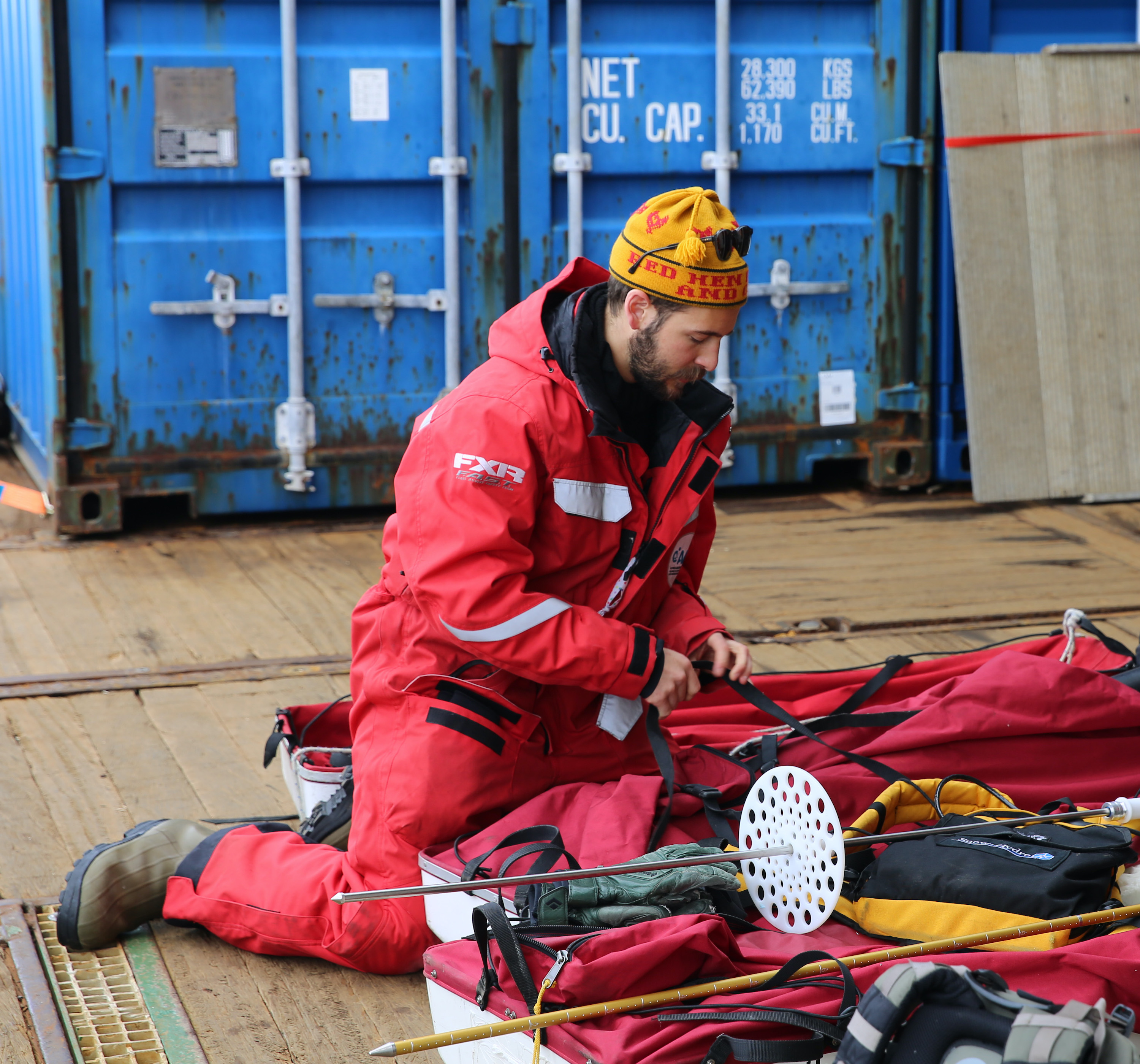 Planning for MOSAiC started long before most of us ECRs actually had a vague idea that they would like to conduct polar research in their future. The MOSAiC project is a large community effort from polar research institutes from all over the world, with contributions from many well-known and highly respected scientists from the field. In contrast of those preparations that were ongoing for years, the opportunity to participate in MOSAiC came rather spontaneous for many of us ECRs. “Having this legacy of two decades of planning of a large network of experienced senior scientists, was really impressive at first and also intimidating”, recaps graduate student Ian Raphael his first days of Leg 1. “But this changed a lot after some days of field work that felt like the great equalizer to me. Being out on the ice, pulling cables together, and later, decompressing over meals and coffee, really changed the relationships that I had with those experienced senior scientists. After those days, I felt I could have a conversation with everyone without any reservation.”

But let’s recap: When the MOSAiC expedition started mid of September, a group of 20 ECRs was on board of the Russian icebreaking vessel Akademik Fedorov. In the framework of the MOSAiC School, organized by APECS, the school participants received various science and science communication lectures. At the same time, they were much appreciated helping hands in the field, guided by experienced PIs while they assisted setting up the distributed network. The ECRs were heavily involved in setting up instruments, performing snow survey and ice coring, but also in logistical duties and safety, contributed to the success of a very concise team effort. Cruise leader Thomas Krumpen, skeptical at first, finally described the MOSAiC School as the “linking element between all teams” and even the captain of the Akademik Fedorov recognized and honored the MOSAiC School as “the soul of the ship”. Josefine Lenz, ECR herself and project officer for the Association of Early Career Scientists (APECS), led the MOSAiC School and said, “their amazing group dynamic, positive attitude and creative minds were just phenomenal and very well received by the rest of the team. Working with this group and seeing their tired but happy faces after a day on the ice was the most rewarding experience”. Back on land, the MOSAiC School participants became “MOSAiC Ambassadors”, engaging a diverse and wide audience with complex topics as “Arctic Amplification” by their outreach projects and products.

Since then, ECRs have been present on all MOSAiC legs, some of them even on more than one more, like Ian who joined leg 1 and 2 and came back for leg 4. Within the well-planned set-up of the measurements with the core time-series, ECRs got to know research methods that are established for years, but at the same time, there was still room for our own ideas and creativity. Ian: “At the beginning I felt overwhelmed and a little bit lost, but the amount of support I got from my team was incredible and really critical. And at the same time, I was given the freedom and the trust to make my own decisions, and that pushed me into developing my own skills. While the manual work of my tasks on the different legs did not change, I started to develop my own questions on the science we were doing by the end of the first leg. As a result, my supervisors gave me a lot of autonomy to design our installations.”

When Leg 4 returned to the old MOSAiC floe (due to the corona crisis Polarstern did the team exchange outside the ice close to Svalbard) they started more or less from a clear page to rebuild the central observatory. In contrast to leg 1 when many of the project PIs were present, Leg 4 was younger and less experienced with 36 out of 46 scientists below the age of 40, including quite some “ice newbies”. This was a big task, but with the trust and support from our supervisors back home, we accomplished this well and gained confidence from that. Ian: “I came a bit unsure whether I would like to do science and also, whether I could do science. Doing field work in cold, dark or foggy weather, collecting data in a useful way while always having to accept compromises, is often very challenging. But what I came to understand is that it often only takes confidence, some trust and the willingness to commit yourself to it, to succeed.”

For many of us, MOSAiC is the first expedition, and we do not know for sure, when we will have the next chance to go to the Arctic. The awareness of this unique chance is for sure one source of the immense enthusiasm and energy with which we are all working on our tasks here on board. Valuing every moment that we spend here, creates a very positive working atmosphere. Matt Shupe, Co-Cruise leader on Leg 4 describes this as “the eagerness of Leg 4 that came along with youthful energy and excitement. This attitude made people work really hard and productive.“ He encourages all ECRs participating in such projects “to continue to work hard in the field as the chances to measure at this particular spot in time and space will not come back. But also, to find the moments to absorb the excitement and to memorize how amazing this experience is.“ 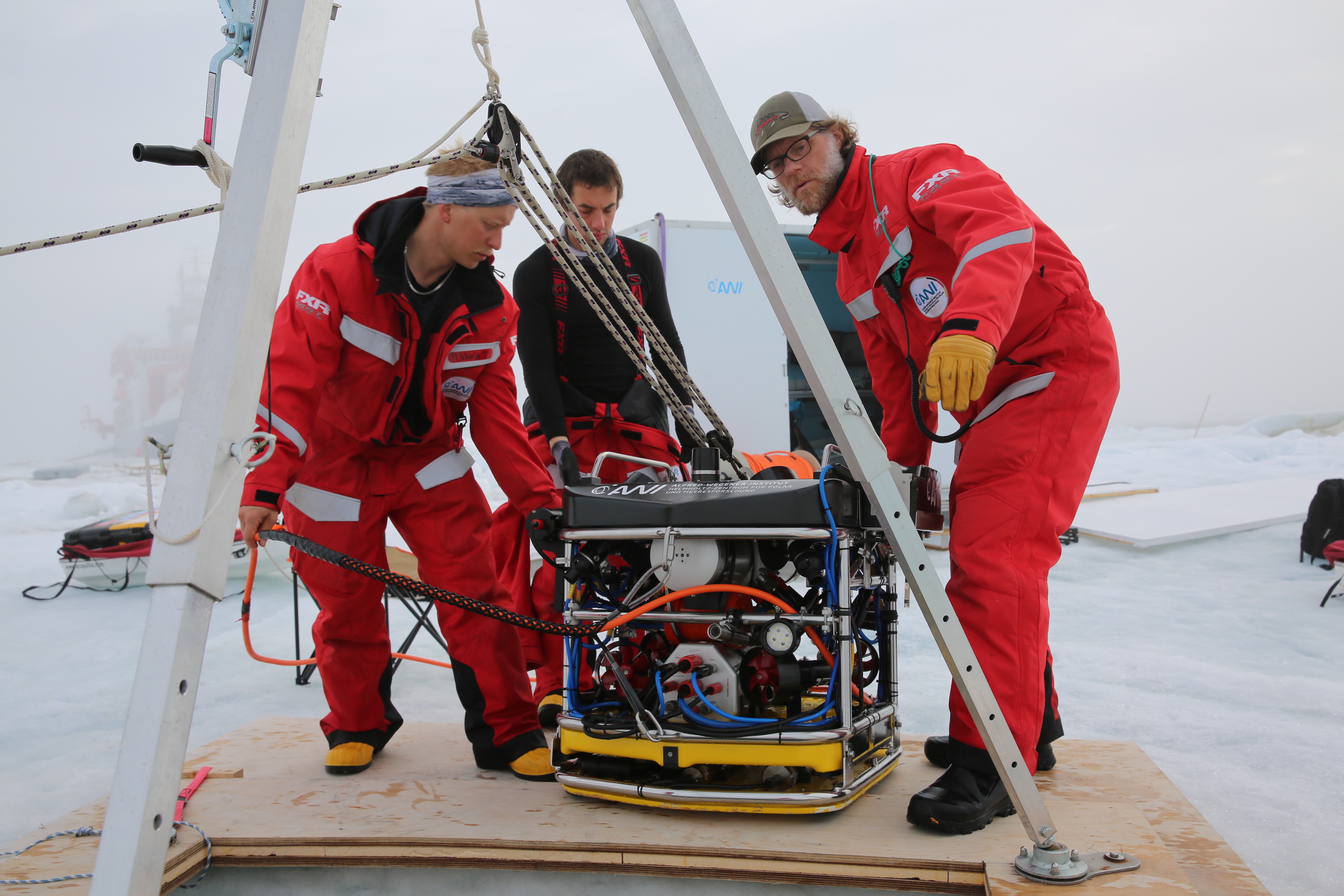 MOSAiC is going to be a special expedition in all our careers, but it will have the greatest impact on the ECRs. Matt Shupe is one of the initiators of the MOSAiC project and has experienced this himself, participating as ECR in SHEBA, a drift campaign in 1997 where he established a network that has supported him since then through his career: “Such a large international project as MOSAiC exposes you to so many more people, establishing connections, that will open many doors to build you own network and future jobs.” For Matt Shupe, “MOSAiC is a huge opportunity for the Polar Community to build capacities and transfer knowledge from the more experienced to the younger people. MOSAiC offers this chance because it is so much longer and involves so much more people than other expeditions.“ MOSAiC differs from other expeditions also in its interdisciplinarity, in the large number of groups that are cooperating. For Matt, cross-cutting research questions are the future, and during MOSAiC we could experience how interdisciplinary discussions lead to a real cross-fertilisation of ideas. The ability to engage with research of different fields and to reflect back on your own one, is very vital and Matt hopes that “MOSAiC is planting some seeds for this whole notion to set this mindset for the younger generation.“ He strongly encourages all ECRs “to be curious and engage with collaborators across all disciplines.” The strong international focus of MOSAiC will help to launch many careers.

MOSAiC is a great chance for ECRs for building capacities, but at the same time ECRs are also vital to MOSAiC. Matt recaps “throughout MOSAiC we had a number of young leaders that have shown amazing leadership skills. Getting to know all those different flavors of leadership is inspiring to me. And in addition to that, ultimately the ECRs are the engine of MOSAiC because a lot of the research that is now going to follow the data collection is done by the younger people. Their work is really central to the mission of MOSAiC. All those Master and PhD thesis based on MOSAiC data will take the whole community to the next level. And eventually, the ECRs are the future. The next project of this size is going to be initiated and coordinated by one of the young people.“