On the 4th November, three APECS National Committees joined forces and coordinated a full-day workshop in Norway's capital city Oslo. The workshop, which was organized by members of APECS Norway, the UK Polar Network and APECS Russia, hosted an early career researcher (ECR)-centered event that discussed all things related to planning and undertaking research and field work in Svalbard. The day was a huge success with over 50 ECR, mid and established career attendees (including from Norway, Denmark, Germany, UK, India, Russia, Poland, Canada, Turkey, USA), many of whom received partial travel support to attend thanks to the funding support.

Photo: Group photo of the #APECSSvalbardWorkshop participants (taken by Robynne Nowicki of UKPN)

Often described as a gateway to the Arctic, the archipelago of Svalbard brings together multi-disciplinary research fields, industry, education, and international cooperation. However, many ECRs may have never organized a field campaign, or set foot in the region, and/or may not be aware of the various funding, reporting and logistical support schemes and requirements in Svalbard. Thus in order to foster collaboration, networking and knowledge sharing within the community a proposal was sent to the Norwegian Research Council, who generously provided support for the workshop as a side event to the Svalbard Science Conference (5-6th November).

Figure: Some of the aims of the #APECSSvalbardWorkshop

The full program can be found here.

Several ECRs gave talks and all attendees were encouraged to bring along a poster (and give a 1-2 minute “Poster Pitch”) for the evening tapas and networking session. This format worked well as many of the workshop attendees were able to present their work at the conference later in the week. The workshop venue was a historic building located in the Oslo Botanical Gardens in Tøyen. 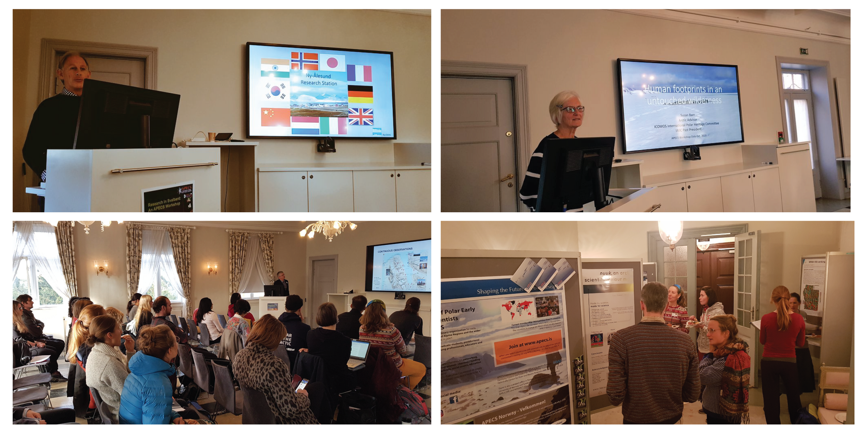 Photo: from clockwise from top left – Nick Cox presenting about the Ny Ålesund station, Susan Barr sharing a social sciences perspective, the poster session, and the audience listening to Yuri Ugrymov on Barentsburg and Russian activities (taken by Grace Shephard from APECS Norway/University of Oslo).

The workshop was coordinated by Grace Shephard (APECS Norway President, University of Oslo) who was joined by Robynne Nowicki and Kyle Mayers (UKPN representatives), and Vasily Efimov (APECS Russia representative) on the day, and those additionally involved in the proposal  Ruth Vingerhagen (APECS Norway), Chelsey Baker, Kyle Mayers, Anna Belcher (UKPN) and Yulia Zaika (APECS Russia). The workshop was financially administered by the Centre for Earth Evolution and Dynamics (CEED) at the University of Oslo. We thank the Norwegian Research Council and Svalbard Science Forum again for their generous support! 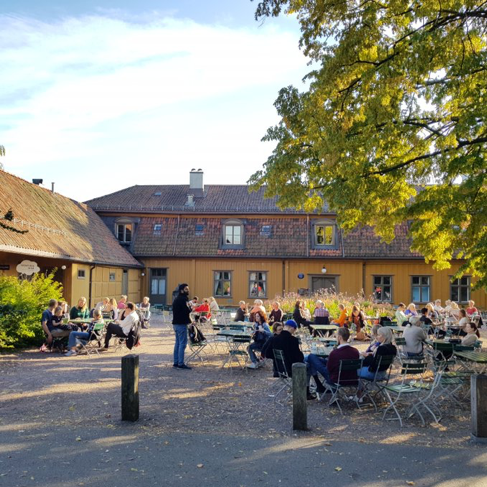